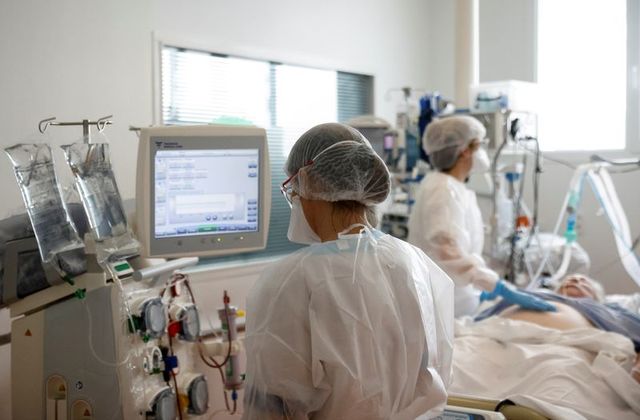 France is expected to hit the peak of its third COVID-19 wave around April 20, according to forecasts by the Paris hospitals group AP-HP seen on Friday by Reuters.

They also estimated there would be just under 2,000 COVID-19 patients in hospital intensive care units in the Paris region around that peak, versus 1,723 as of Thursday.

“The enforcement of additional restrictive measures (...) allow us, for the first time, to project a turning point, with assumptions that remain fragile”, AP-HP boss Martin Hirsch said in an email sent to staff.

“The central assumption is for the second wave to peak around April 20, when, in the greater Paris region, we would have slightly less than 2,000 patients in intensive care”, he said.

At the start of the month, just after President Emmanuel Macron ordered France into its third national lockdown, Health Minister Olivier Veran said the ICU peak, on a national level, should be reached at the end of April.

Daily new COVID-19 infections in France have doubled since February to average between 35,000 and 40,000. The number of COVID-19 patients in intensive care is at an almost year high of 5,705.

But that figure did decrease on Thursday, by 24, for the first time in eight days.