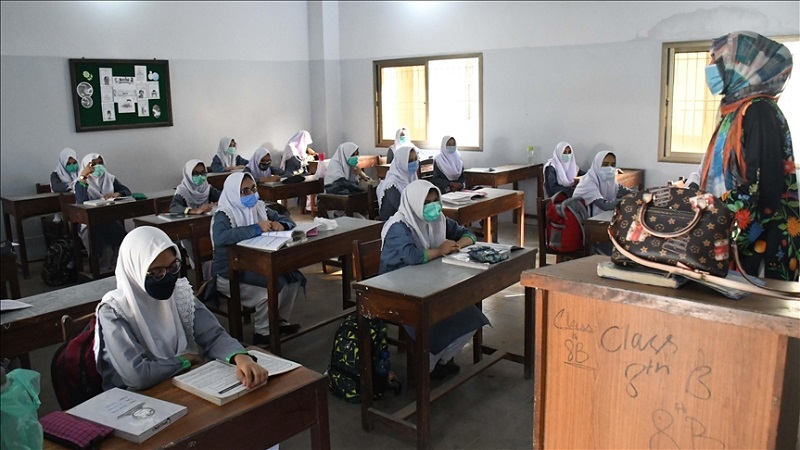 Pakistan on Monday announced that all schools across the country will re-open from Jan. 18, after remaining closed for nearly two months due to the second wave of coronavirus, Anadolu Agency reports.

Announcing the decision in a news conference after a meeting of the provincial education ministers in the capital Islamabad, Federal Education Minister Shafqat Mahmood said some 300,000 schools, colleges, and universities will reopen in phases starting from Jan. 18.

All universities and colleges across the country will re-open from Feb. 1, he added. The decision will also be applied on over 30,000 religious seminaries.

All exams, slated to be held in March, have been postponed until May and June.

On Nov. 26, 2020, the government had closed all schools to in-person education until Jan. 10 after the country was hit by the second wave of the novel disease.

In March last year, the government had closed education institutions nationwide, which reopened in September, following a significant drop in the number of coronavirus cases. However, since November, Pakistan has been facing spikes in daily cases.