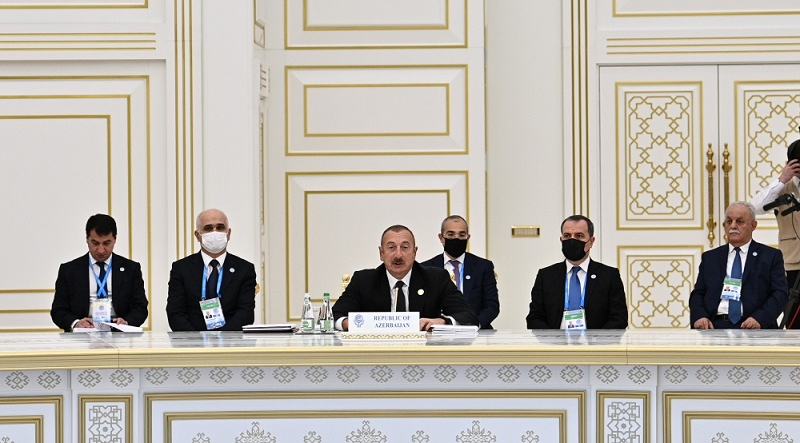 As to the COVID-19, Azerbaijan has launched an immunization campaign since mid-January this year, and over 60 per cent of the adult population in the country has received two shots, the country’s President Ilham Aliyev said in his remarks at the 15th Summit of the Economic Cooperation Organization (ECO) held on Sunday in Ashgabat, the capital of Turkmenistan.

“So far, almost $3 billion of the socio-economic stimulus package has been released to support COVID-affected people and business in the country. For the same purpose, $ 1.6 billion of financial assistance package will be allocated from the state budget in 2022,” the head of state noted.

Highlighting the significant steps Azerbaijan is making to mobilize global efforts against the pandemic, President Ilham Aliyev said: “We have been persistently stressed our firm opposition against "vaccine nationalism". This year, upon Azerbaijan’s initiative in its capacity as the Chair of the Non-Aligned Movement, resolutions on ensuring equitable access for all countries to vaccines were adopted at the UN Human Rights Council and the UN General Assembly respectively. Furthermore, Azerbaijan has provided financial and humanitarian assistance to about 80 countries directly and through World Health Organization to support their fight against the coronavirus.”