Over 129 hectares liberated Azerbaijani territory demined in a week: Mine Action Agency 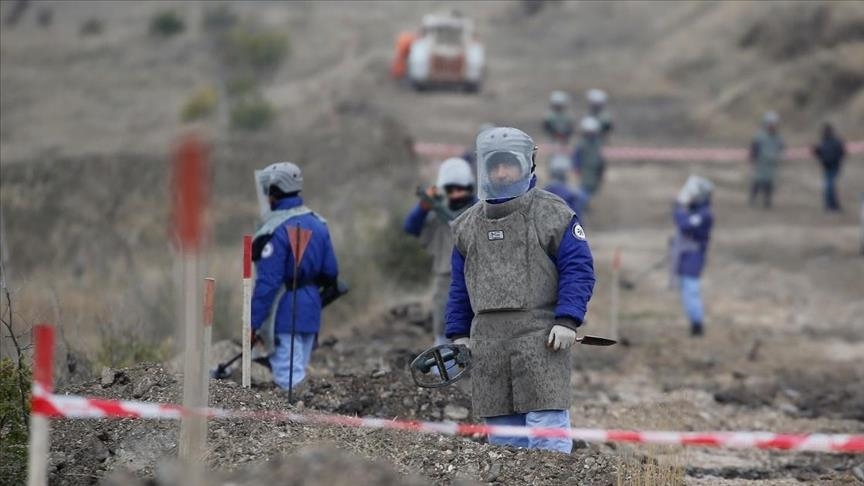 During the mine-clearing operations in Tartar, Aghdam, Fuzuli, Shusha, Gubadli, Jabrayil and Zangilan districts, 25 anti-personnel and 39 anti-tank mines, as well as 36 unexploded ordnances (UXO) were found and neutralized from March 1 to 5, the Azerbaijan Mine Action Agency told News.Az.

As a result, more than 129 hectares were cleared of mines and UXOs during the reporting period, the Agency added.