Over 10,000 protest in Brussels against racism and injustice, dozens turn violent 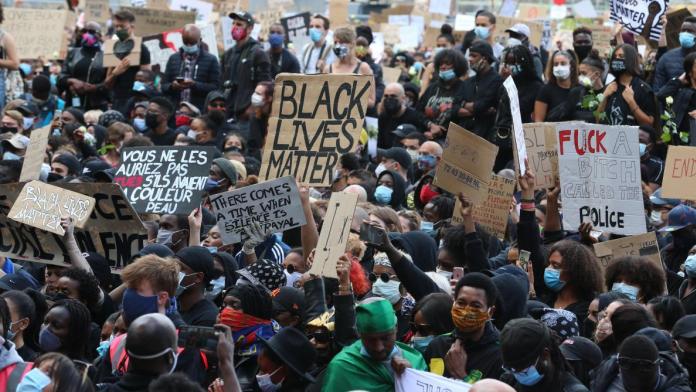 Protesters of all ages and ethnic background came from all over Belgium, chanting "Black Lives Matter," "No Justice, No Peace."

Their banners and placards read -- "The Police Kill, it's written white on black," or "We can't breathe," echoing the last words of George Floyd, an African-American killed by a white policeman on May 25 in Minneapolis, the United States.

The rally went on calmly until shortly before the end when clashes broke out between about 100 people and the police, according to the Belgian newspaper Le Soir.

About a hundred violent protesters attacked the police who responded with water cannons. As they passed, rubbish bins were set on fire, barricades were erected and shops looted, the Belga News Agency reported.

Organized by Black Lives Matter Belgium and coordinated by Change ASBL, an association of young Afro-descendants aiming to be a movement of Africans in search of enhancement of African culture, the demonstration was a call for justice not only for George Floyd, but for all victims of racism and police violence.