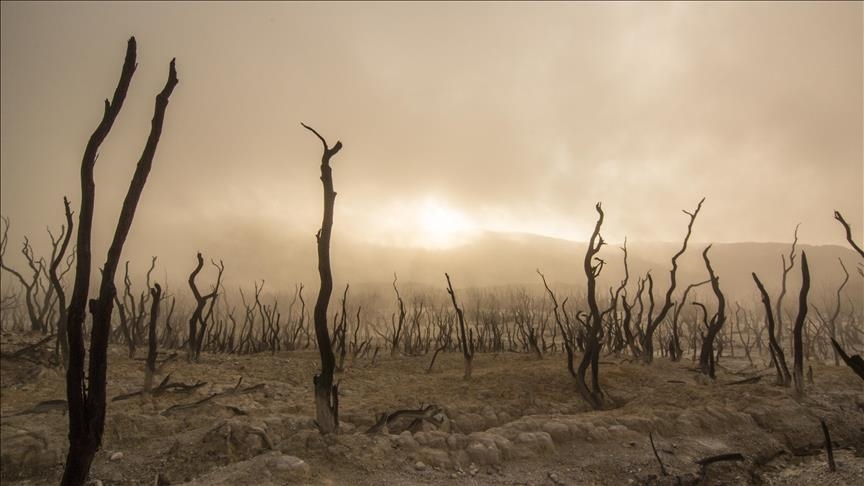 More than 100 world leaders signed a declaration Monday committing to halt and reverse forest loss and land degradation by 2030.

Under the agreement, 12 countries also pledged to spend $12 billion in public funds between 2021 and 2025 to protect and restore forests and an additional $7.2 billion will be provided by private investors.

The announcement of the Leader's Declaration on Forests and Land Use came on the first day of the official opening of the leaders' summit of the 26th session of the Conference of the Parties (COP26) to the United Nations Framework Convention on Climate Change which will run until Nov. 12.

The main agenda is to limit the global temperature rise to 1.5 degrees Celsius above pre-industrial averages by the end of the century. The actions to reduce emissions need to start now to be able cut them by 50% by 2030 to reach the target.

The leaders’ declaration included commitments to conserve forests and other terrestrial ecosystems as well as to accelerate their restoration. The leaders agreed on reducing vulnerability, building resilience and enhancing rural livelihoods along with implementing and redesigning agricultural policies to incentivize sustainable agriculture.

The declaration also reaffirmed the alignment of financial flows with international goals to reverse forest loss and degradation.

In a statement on the declaration, the World Wide Fund for Nature (WWF) welcomed the commitments and said the declaration is well aligned with the pledge by several of these governments to reverse biodiversity loss by 2030 for sustainable development.

"Forests provide ecosystem services that are critical to human, economic and social well-being, yet they continue to disappear at alarming rates. The commitment by over 100 world leaders to halt and reverse deforestation and land degradation by 2030 is welcome in that it acknowledges the important value of forests and other natural ecosystems," Fran Price, Global Forest Practice Lead at WWF, said in a statement.

Price noted that the pledges should be followed by implementation of the commitments and policies to address the drivers of both deforestation and forest degradation.

"Governments should ramp up efforts to improve the governance of land and forests by enhancing participation, accountability and transparency and addressing corrupt behaviors," Price said. "This includes actively supporting the participation of Indigenous peoples in national and international processes relevant to national climate plans and advocacy training for Indigenous peoples to promote transparency and dialogue between communities and the government."

Price said they urge governments to complement the forest and land use commitments.

Despite the pledges, climate activists are protesting and demanding world leaders to face the climate emergency.