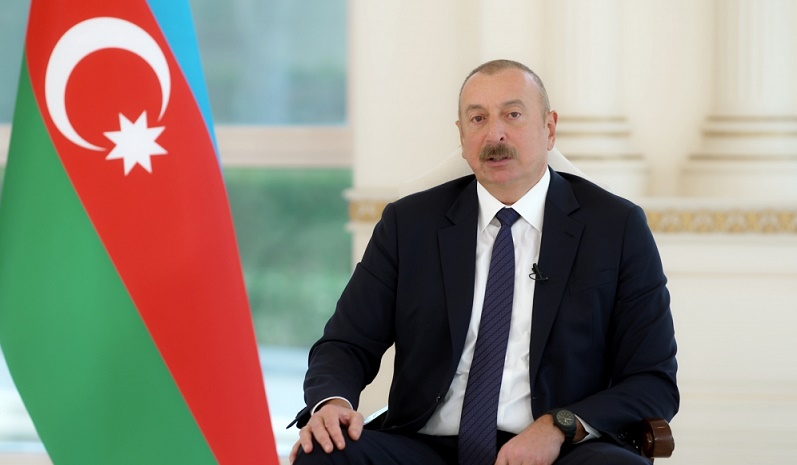 "Our plans related to exports are also being implemented. Our non-oil exports have increased by more than 40 percent," said President Ilham Aliyev in his interview with local TV channels.

"This allows us the opportunity to bring currency to our country not only at the expense of oil and gas, but also at the expense of other products. We must take into account that the country's population is growing, which means that demand is growing, and so is domestic consumption. This being the case, the fact that non-oil exports are increasing can be viewed as a great achievement. All these figures are not just last year's figures. These figures are based on our long-term economic strategy. Last year we saw very good results of this strategy," the head of state added.

"As for this year, this year's budget, which is due to the achievements of last year, will be the biggest budget in history. Budget expenditures will reach about 30 billion manats. For a country that has just emerged from the war, these achievements show that there is a very good panorama in the economic sphere," President Aliyev said.