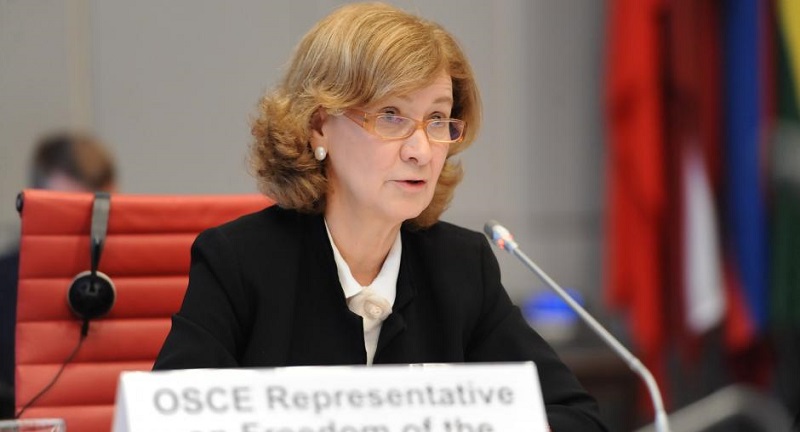 The OSCE Representative on Freedom of the Media, Teresa Ribeiro, expressed today her deep concern and sadness over the death of correspondent Maharram Ibrahimov (Alioghlu) and camera operator Siraj Abishov.

“The tragic death of Maharram Ibrahimov and Siraj Abishov is terrible news and I extend my deepest sympathy and condolences to their relatives and colleagues,” Ribeiro said.

Ribeiro noted that the law enforcement agencies have launched an investigation into the case and expressed hope that it will ensure full accountability for the journalists’ death.

Employees of Azerbaijan's AzTV channel and AzerTag news agency were killed as a result of the mine explosion in the Kalbajar district.

The TV channel’s cameraman Siraj Abishov, born in 1989, and the agency's employee Maharram Ibrahimov, born in 1982, was killed in a mine explosion while on duty.