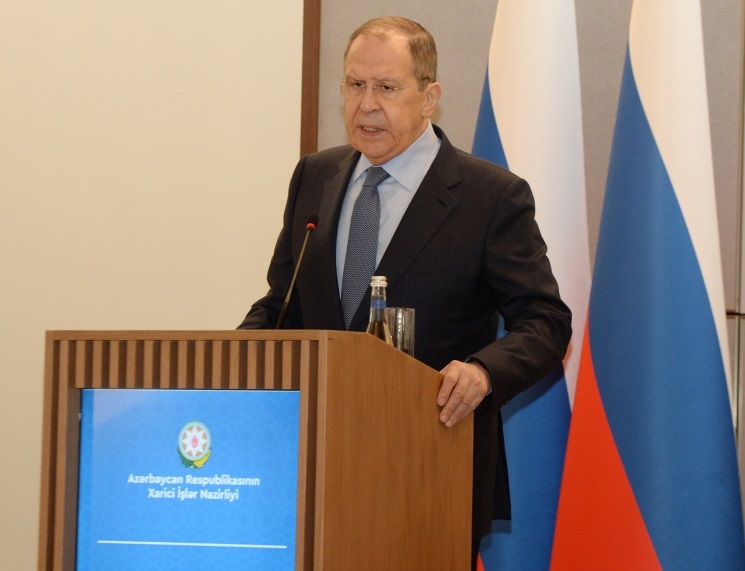 The OSCE Minsk Group has ceased its activities on the US and France’s initiative, Russian Foreign Minister Sergey Lavrov said on Friday.

Lavrov made the remarks while speaking at a joint press conference with his Azerbaijani counterpart Jeyhun Bayramov in Baku, a correspondent of News.Az reports.

He noted that three statements signed by the leaders of Russia, Azerbaijan, and Armenia, are now broadly acknowledged as the basis for a way forward to tackle the remaining issues.