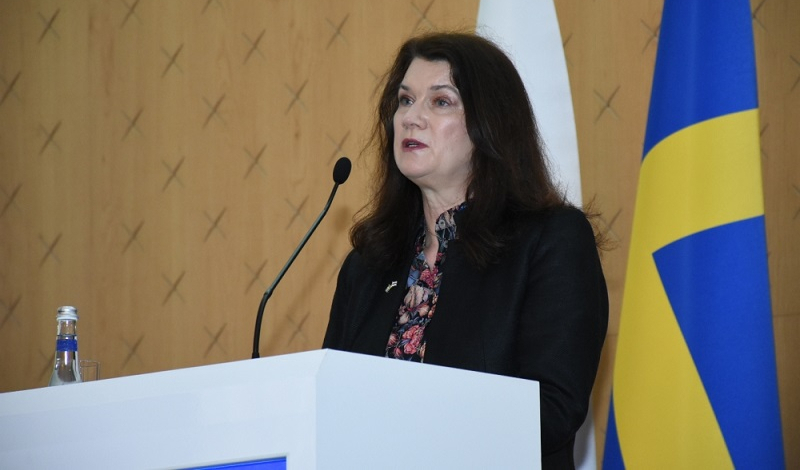 The situation in the region has strongly changed after the signing of a trilateral statement on Nagorno-Karabakh on November 10, 2020, said OSCE Chairperson-in-Office, Swedish Foreign Minister Ann Linde.

Linde made the remarks at a joint press conference with Azerbaijani Foreign Minister Jeyhun Bayramov in Baku on Monday.

The OSCE chair said she also welcomes the trilateral statement.

“The current situation in the region was the main topic of today’s bilateral talks with Minister Bayramov,” she added.

Linde went on to say that the development of bilateral ties is very important for Sweden.

The trilateral statement was signed between the Azerbaijani president, the Armenian prime minister and the Russian president to end the 44-day war (from late Sept. through early Nov.2020). As a result of the war, Azerbaijan liberated its territories from the Armenian occupation.