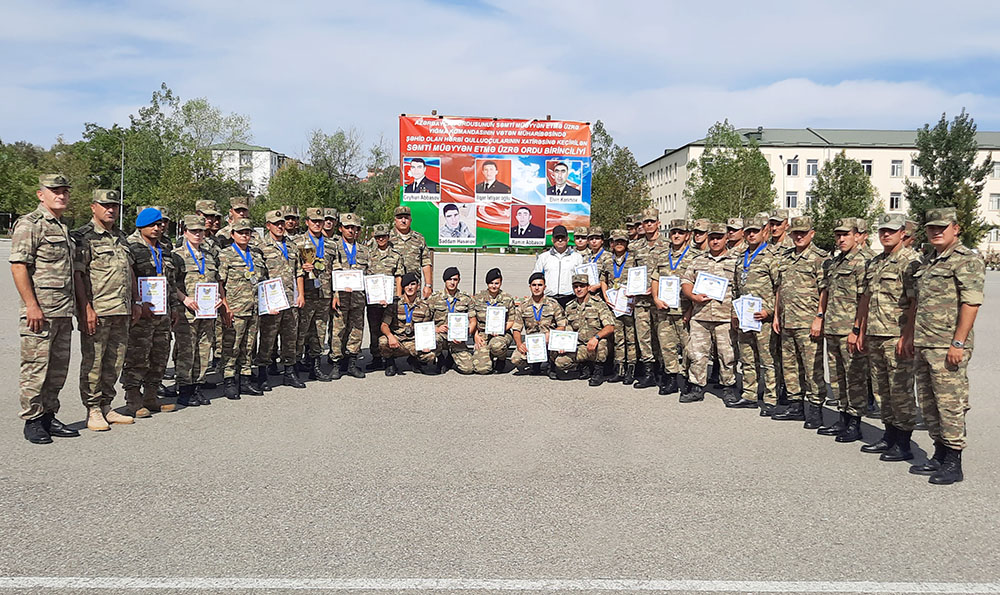 Another orienteering competition held among the servicemen in the Azerbaijan Army came to an end, the Defense Ministry told News.Az.

According to the final results, the winning team of the Land Forces won the cup competition. The second and third places were awarded to the combined teams of a military unit of the Air Force and the Military Police, respectively.

The winners of the competition were awarded the cup, honorary diplomas, and medals.