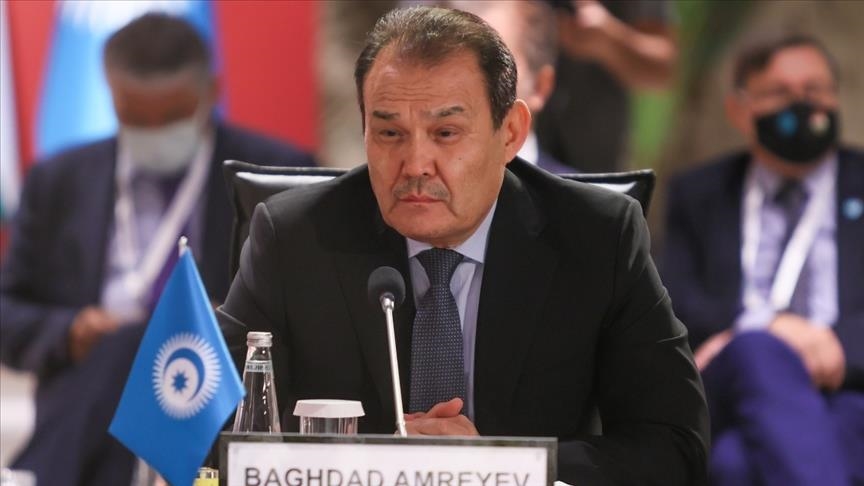 The secretary general of the Organization of Turkic States said the inter-governmental association is ready to establish partnership relations with all countries and described its summit held last month in Istanbul as an “historical event,” News.Az reports citing Anadolu Agency.

Speaking in an exclusive interview with Anadolu Agency, Baghdad Amreyev said the eighth summit of leaders of the Organization of Turkic States attracted the attention not only of Turkic countries but also of all countries interacting with the Turkic world in one way or another.

“We continue to receive feedback not only from the states of our region but also from countries such as the US, China, India and the Arab countries, which demonstrates the international significance of this event,” Amreyev said.

Amreyev noted that the international community followed the forum closely and the reaction was “lively but not hostile.”

The historic nature of the summit was also demonstrated by the decisions taken such as the changing of the body’s name to the Organization of Turkic States and the establishment of the Turkic Investment Fund, the first financial institution within the Turkic world, as well as the adoption of the final Istanbul Declaration and a “Vision Document” for the next two decades, he said.

Amreyev highlighted that the renaming has given the organization a new and special status, besides increasing its authority and role in the international arena.

“Many political analysts saw the renaming of the Organization of Turkic States as a ‘new geopolitical reality’ in the Eurasian space,” he said.

The name of the Cooperation Council of Turkic Speaking States (Turkic Council) has been changed to the Organization of Turkic States, according to a joint declaration of the council's 8th summit.

The declaration was issued following a summit held on Nov. 12 on Democracy and Freedoms Island in the Sea of Marmara under the theme “Green Technologies and Smart Cities in the Digital Age.”