One of world's largest T. rex skeletons returns to Germany 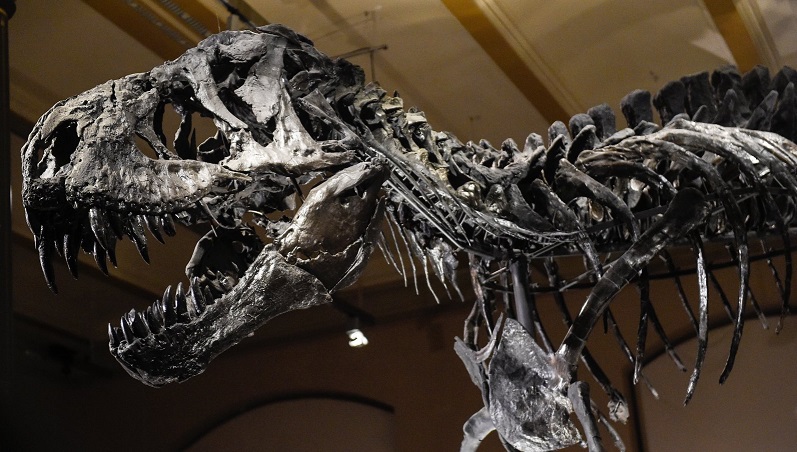 One of the world's largest and most complete dinosaur skeletons, the Tyrannosaurus rex known as Tristan Otto, is set to return to its previous home in the Berlin natural history museum (Museum für Naturkunde) this year after being on loan to Copenhagen, News.Az reports citing Daily Sabah.

"This year, in the second half of the year, we will celebrate Tristan again in a big way," the museum's director, Johannes Vogel, told local broadcaster rbb.

"He even brought some friends with him," said the director. Although Vogel did not give further details, visitors can expect the museum's already renowned collection of dinosaur skeletons to further grow.

Tristan Otto had already been on display at the museum for four years and had brought some 3 million guests there, before going on loan. The T. rex's two private owners, who named the skeleton after their sons, and made it available to the Berlin Natural History Museum free of charge.

At the same time, scientists were researching the more than 65 million-year-old remains of the Upper Cretaceous predatory dinosaur.

With 170 original bones, it is considered particularly well preserved. Tristan Otto had been the star of an exhibition in the Natural History Museum in Copenhagen until the end of 2021.

The skeleton rates as one of the best T. rex examples ever dug up, though it is not quite as perfect as T. rex Sue, the drawcard at the Chicago Field Museum of Natural History.

Tristan's remains belong to the Danish arts patron Niels Nielsen, who lent them to the museum with the stipulation that they be researched. The T. rex was the last large predator during the time of the dinosaurs, roaming the world between 66 and 68 million years ago.