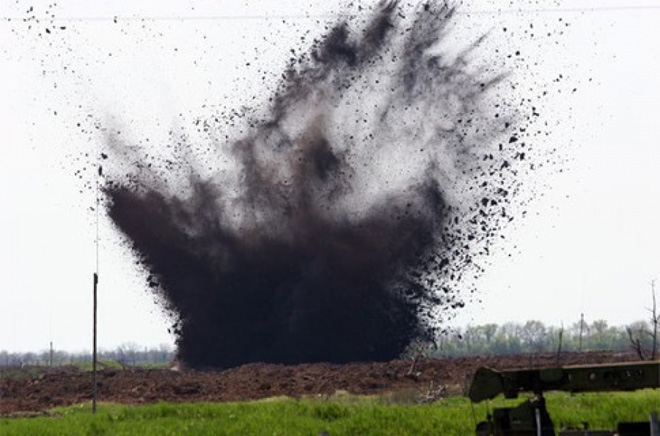 Three people became victims of landmines in the village of Shahbulag, in Azerbaijan's liberated Aghdam district, the Interior Ministry and General Prosecutor's Office said in a joint statement on Monday.

One of the people died as a result of the explosion.

According to the information, a serviceman of a military unit of the Defense Ministry, residents of the district Toghrul Ahmadov (b. 1984) and Elchin Mammadov (b. 1990), being on the territory of the village hit an anti-personnel mine. As a result, Mammadov died, while the serviceman and Ahmadov were seriously injured.

The employees of the prosecutor's office and the police examined the place of the incident, appointed forensic medical examinations, and carried out other necessary procedural actions.

Due to the incident, a criminal case was initiated under Articles 100.2, 120.2.1, 120.2.12 of Azerbaijan’s Criminal Code, and the investigation was entrusted to the respective department of the General Prosecutor's Office.

The Prosecutor General's Office and the Interior Ministry of Azerbaijan once again warn the population about the continuing mine threat in the territories liberated from the occupation, and urge not to visit these territories without the appropriate permission and until these territories are cleared of explosives.