Once Armenian militant beat and tortured me till evening, former Azerbaijani captive 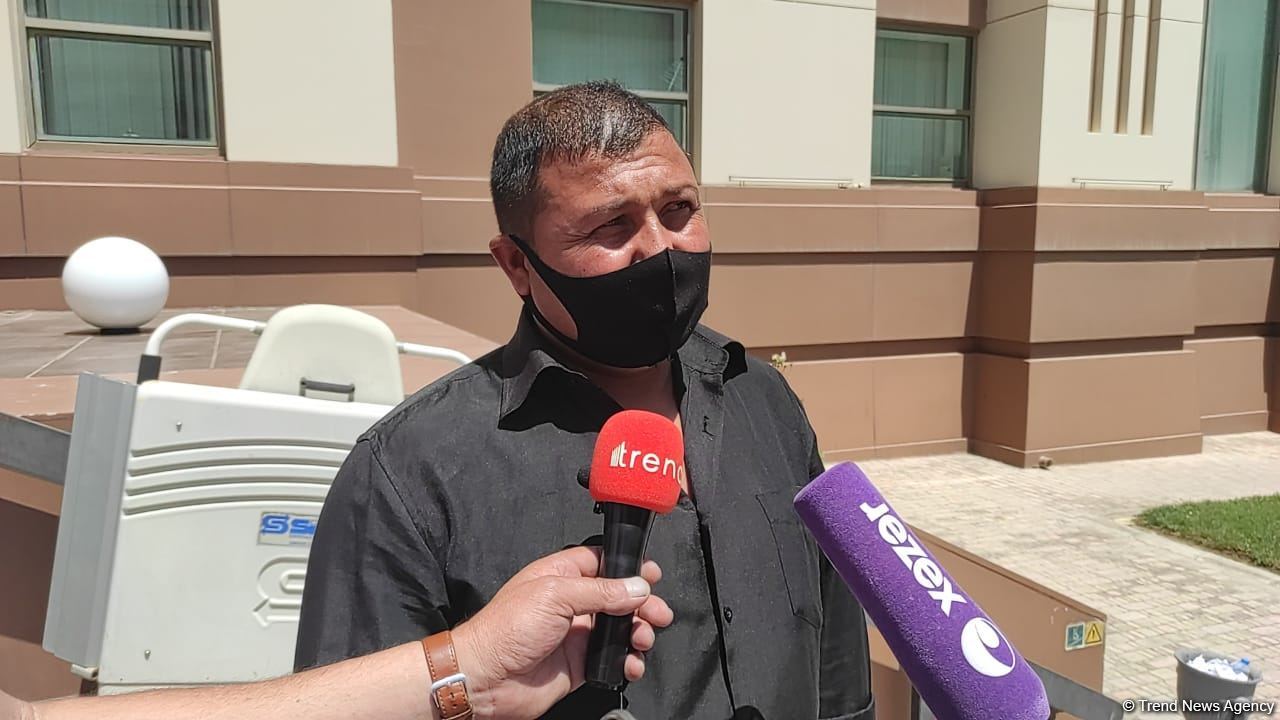 Valiyev made the statement at the trial on the case of Armenian militants Ludwig Mkrtichyan and Alyosha Khosrovyan, who tortured Azerbaijani captives.

The former Azerbaijani captive said that Mkrtichyan severely tortured him.

“I was taken hostage by the Armenian military in 1999 when I was grazing cattle in the direction of Tapgaragoyunlu village,” Valiyev said. “I was taken to the Shusha prison, where I was tortured. I saw Ludvik Mkrtichyan in military uniform in Lachin district.”

“Once he beat me till evening,” Valiyev said. “Mkrtichyan tried to find out the location of the nearest military unit. He wanted me to confess that I was a secret service agent. He speaks Azerbaijani fluently.”

“I was in captivity for two months,” the former Azerbaijani captive said. “After the International Committee of the Red Cross took control of my situation, the torture stopped. After returning, I was on treatment for a month."

While answering the questions of the prosecutor, Valiyev said that during the preliminary investigation Mkrtichyan recognized him.

"At the first confrontation he recognized me, but at the second he began to deny it," Valiyev added.

A trial on the criminal case against the Armenian militants Ludwig Mkrtichyan and Alyosha Khosrovyan, who during the first Armenia-Azerbaijan Nagorno-Karabakh war tortured Azerbaijani captives and committed other crimes were held in the Yasamal District Court in Baku.

The trial was chaired by Judge of the Baku Military Court Elbey Allahverdiyev.