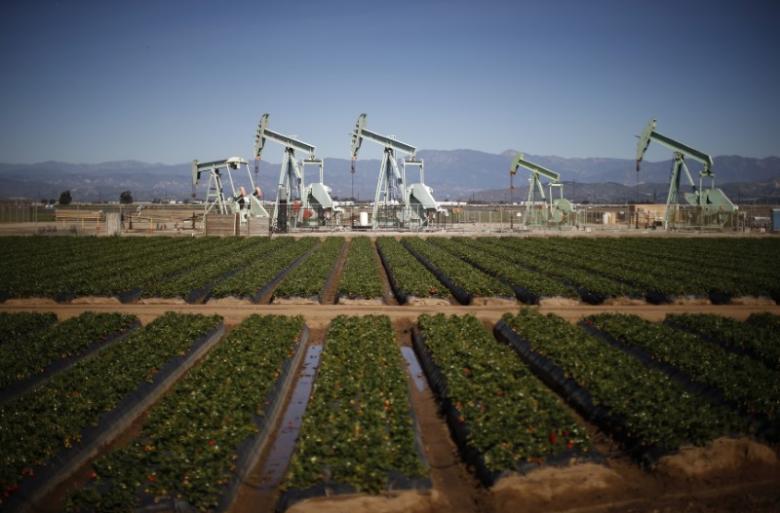 International Brent crude futures LCOc1 were trading at 54.54 per barrel at 0214 GMT.

Oil prices dropped on Wednesday to extend falls from the previous day, as a massive increase in U.S. fuel inventories and a slump in Chinese demand implied that global crude markets remain oversupplied despite OPEC-led efforts to cut output, according to Reuters.

International Brent crude futures LCOc1 were trading at 54.54 per barrel at 0214 GMT, down 51 cents, or 0.9 percent, from their previous close.

These slumps came after over 1-percent falls the previous day.

The sharp declines came on the back of unexpectedly big increases in U.S. fuel inventories, as reported by the American Petroleum Institute (API) on Tuesday.

"The API delivered a Goliath crude inventory number... The second highest on record. The reaction was predictable as the herd, already nervous from the previous day's price action, turned en masse and ran off the cliff," said Jeffrey Halley of futures brokerage OANDA in Singapore.

Goldman Sachs said that the data pointed to "U.S. gasoline demand falling sharply by 460,000 barrels per day (bpd) year-on-year in January, with such declines only previously (seen) during recessions."

Despite this, the U.S. bank said "this data vastly overstates a likely modest year-on-year decline in gasoline demand," and that its "outlook for global strong demand growth (remains) unchanged".

Outside the United States, there were other signs of market weakness.

China's 2016 oil demand grew at the slowest pace in at least three years, Reuters calculations based on official data showed.

China's implied oil demand growth eased to 2.5 percent in 2016, down from 3.1 percent in 2015 and 3.8 percent in 2014, led by a sharp drop in diesel consumption and as gasoline usage eased from double-digit growth.

The slowing occurred as the economy expanded by only 6.7 percent in 2016, the slowest pace in 26 years.

Slowing demand and ongoing high inventories undermine efforts by the Organization of the Petroleum Exporting Countries and other producers including Russia to cut output by almost 1.8 million bpd during the first half of this year in order to prop up prices and rebalance the market.

Despite this, both Brent and WTI are down over 6 percent since early January, when the cuts started to be implemented.