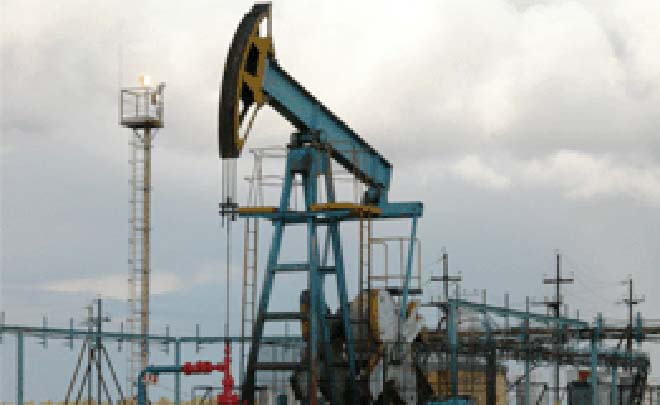 A Reuters survey showed that the Organization of the Petroleum Exporting Countries in January achieved 82 percent compliance with its promised production cuts, well above most market forecasts.

"This is very high, a good number," an OPEC source said of the January compliance estimate.

The dollar .DXY was down by 0.9 percent versus a basket of currencies, boosting greenback-denominated oil. The dollar was on course for its biggest monthly decline since March.

Both benchmarks have traded within narrow ranges over the last two months, since OPEC and other big exporters agreed to cut output by almost 1.8 million bpd in an attempt to clear a global glut.

Iran, which was allowed to raise output under the OPEC deal because sanctions had crimped past supply, pumped an additional 20,000 bpd.

U.S. shale output is slowly increasing, helping keep a lid on prices. Brent has been close to $55 a barrel and U.S. crude not far from $52.50 for most of January.

Following months of increased drilling, U.S. oil production C-OUT-T-EIA has risen by 6.3 percent since July last year to almost 9 million bpd, according to data from the U.S. Energy Information Administration.

The strength in Brent versus U.S. crude also pushed the spread between the two contracts to the widest in nearly a year.