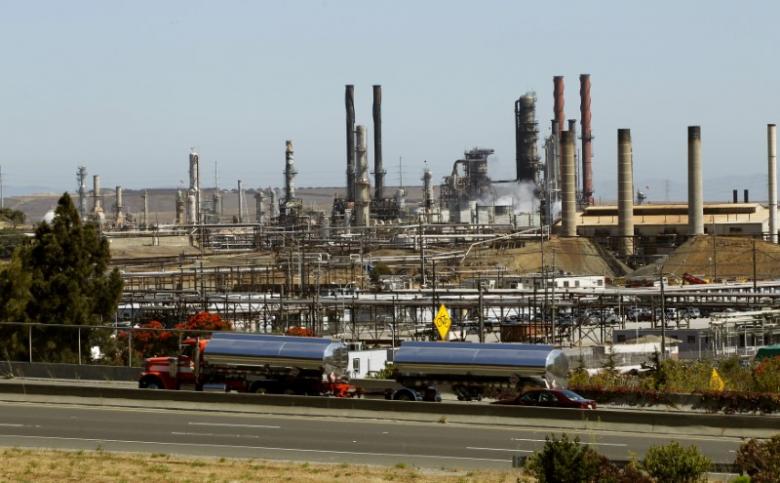 Investors in the oil market are awaiting weekly inventories data from the U.S. Energy Information Administration due at 1530 GMT on Wednesday, according to Reuters.

"Signs that the U.S. shale industry is recovering weighed on the market," ANZ said in a report.

U.S. crude stockpiles have risen for seven straight weeks. Forecasts for another build last week, this time of 3.1 million barrels, have fueled worries that demand growth may not be sufficient to soak up the global crude oil glut.

The market rose earlier in the session as a speech by U.S. President Donald Trump offered little on plans by his administration to boost U.S. oil production.

Market participants had been expecting President Trump to include details on energy policy in a speech to the U.S. Congress but his remarks lacked any specifics.

"If Trump had announced de-regulations of some of the environment protections to make it easier to pump more oil, that might have put pressure on WTI," said Jeffrey Halley, senior market analyst at futures brokerage OANDA in Singapore.

"Now all the attention is around to EIA's crude inventories data tonight."

The Organization of the Petroleum Exporting Countries (OPEC) has cut its oil output for a second month in February, a Reuters survey found on Tuesday, showing the exporter group has boosted already strong compliance with its supply curbs on the back of a steep reduction by Saudi Arabia.

Brent oil looks neutral in a range of $55.93 to $57.26 per barrel, and an escape could suggest a direction, said Wang Tao, a Reuters market analyst for commodities and energy technicals.