OIC representatives adopt statement on outcomes of mission to Azerbaijan 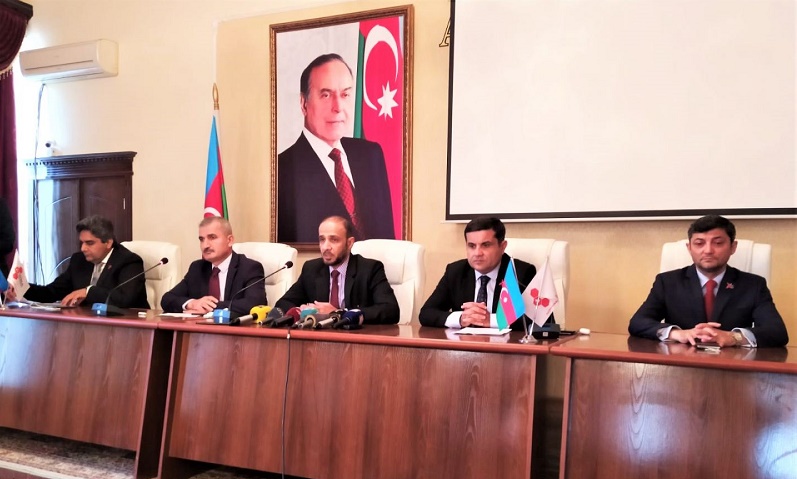 The Permanent Independent Human Rights Commission of the Organization of Islamic Cooperation (OIC) issued a statement on the results of its mission to Azerbaijan, News.Az reports citing Ombudsman's Office.

The delegation led by the Chairman of the Permanent Independent Human Rights Commission of the Organization of Islamic Cooperation (OIC), which is visiting Azerbaijan at the invitation of the Commissioner for Human Rights (Ombudsman) to carry out a mission to investigate crimes committed by Armenia during the occupation of Azerbaijani lands, held a press conference in Ganja today on the results of its work.

At the press conference, information was presented about Armenia's war crimes against Azerbaijan, facts of destruction of historical and cultural monuments and environmental terror committed.

Addressing the press conference Chief of Staff of the Ombudsman, member of the OIC Permanent Independent Commission for Human Rights Aydin Safikhanli noted that the Commission has conducted monitoring in the liberated and destroyed territories of Azerbaijan.

He stressed that the OIC delegation witnessed the consequences of destruction and looting of architectural, historical and cultural monuments, gross violations of human rights in Aghdam during the occupation.

"The mission then continued to Terter, which was subjected to massive intensive shelling with prohibited weapons during the Second Karabakh War. During a meeting with the residents of the city, witnesses provided members of the delegation with information about the human casualties and destruction," Safikhanli said.

The Chief of Staff noted that the OIC commission did not come to Ganja by chance to carry out the mission.

"Ganja, the historic city of Azerbaijan, was repeatedly subjected to severe destruction during the rocket attacks during the second Karabakh war, which killed children, women and the elderly," Safikhanli said.

Chairman of the OIC Permanent Independent Commission for Human Rights Saeed Mohammed Abdulla Omair Alghfeli said that the purpose of the visit of the commission members to Azerbaijan is to conduct a mission to assess the destruction of historical, cultural and religious monuments in the liberated territories and prepare a report on the facts and evidence collected.

According to him, the commission members held a fruitful meeting with Azerbaijani Ombudsman Sabina Aliyeva, and meetings were held in Milli Majlis (Parliament), the Mine Action Agency and other structures.

He emphasized that the documented facts will be reflected in the report on the results of the mission.

Haji Ali Acikgul, deputy chairman of the commission, said there was no information about the fate of the missing Azerbaijanis [during the First Karabakh War] until today.

"Azerbaijan is taking important steps to restore peace in the region, and it is necessary to unite efforts in this direction," he noted.

The press conference concluded with a statement on the results of the assessment mission.