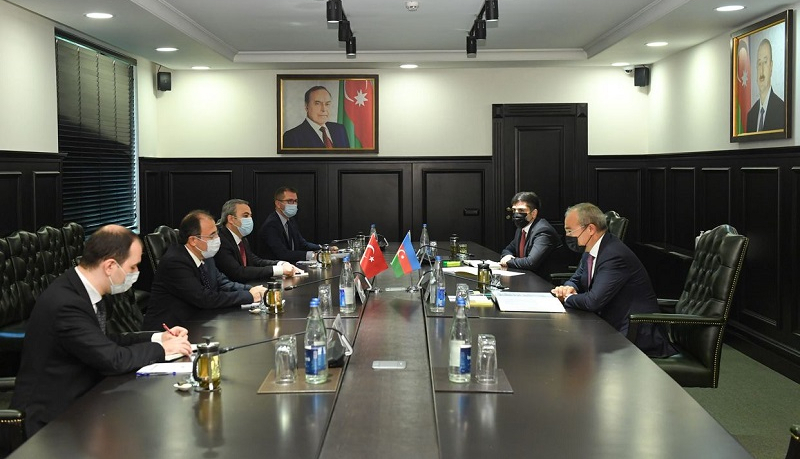 The number of Turkish companies operating in Azerbaijan is growing, and successful investment cooperation has been established between the two countries, Minister of Economy of Azerbaijan Mikayil Jabbarov said, Anadolu Agency reports.

Jabbarov made the remarks at a meeting with Turkish Ambassador to Azerbaijan Cahit Bagci.

According to the minister, Turkey is one of the main trade partners of Azerbaijan, and the preferential trade agreement signed between the governments of the two countries will become an additional incentive for expanding bilateral trade ties.

Jabbarov pointed out that Azerbaijan and Turkey have great potential for enhancing cooperation in the transport-transit, energy, and humanitarian spheres, in the fields of digital economy, small and medium-sized businesses, as well as tourism.

In the course of the meeting, the parties also discussed the possibility of the participation of Turkish companies in the restoration of the territories of Azerbaijan liberated from the Armenian occupation, construction work on these lands.

In turn, the Turkish ambassador stressed the existence of friendly and fraternal relations between the two countries, strategic partnership.

Bagci noted that during the period of his diplomatic activity he will strive to further strengthen economic ties between Azerbaijan and Turkey.

The parties also discussed issues of mutual interest in various spheres of the economy.