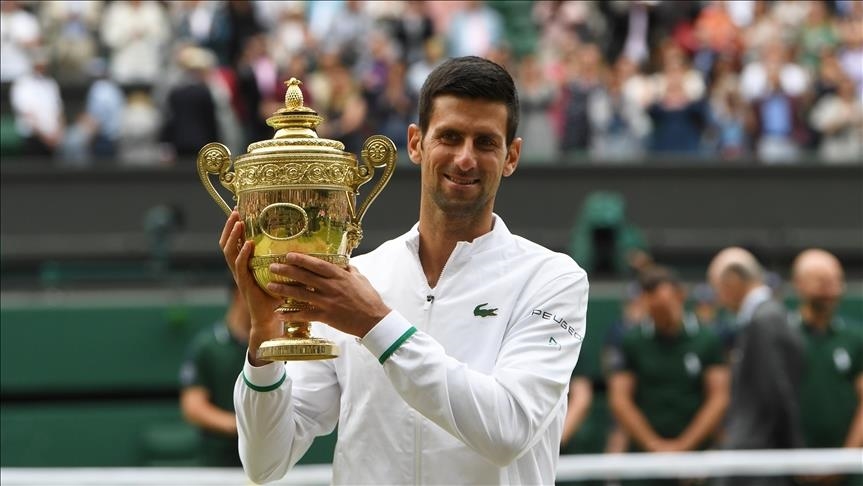 The 34-year-old player commented on his victory, saying: "When I was a little boy, I used to make the Wimbledon trophy out of materials in my room, imagining I'd be standing here one day."

This was Djokovic’s third consecutive Wimbledon championship and the 20th Grand Slam title of his career, putting him level with rivals Roger Federer and Rafael Nadal.

Now Djokovic eyes the 2021 US Open, this year's fourth and final major tournament in August-September in New York. Djokovic will step on the court in New York to be the record holder in the all-time Grand Slam championships.

Swiss tennis legend Federer tweeted about his opponent's success: "Congrats Novak on your 20th major. I'm proud to have the opportunity to play in a special era of tennis champions. Wonderful performance, well done!"

In addition to his latest Wimbledon triumph, Djokovic displayed an emphatic performance this year winning the Australian Open and French Open -- Roland Garros.

If he wins US Open in August, he will hold another record, winning all four Grand Slams of one calendar year and becoming the 6th tennis player in history to do so.