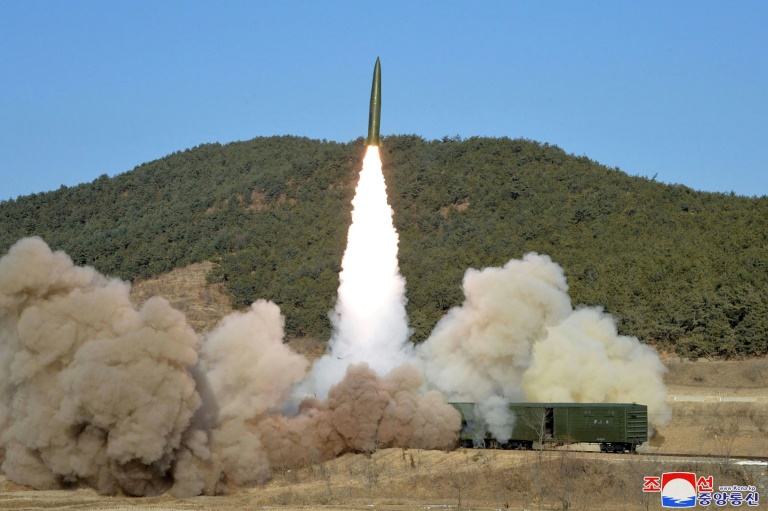 The tests were held to "check and judge the proficiency in the action procedures of the railway-borne regiment," Pyongyang's official KCNA news agency said.

North Korea test fired missiles from a train for the first time in September 2021.

"Issues were discussed to set up proper railway-borne missile operating system across the country," the report added.

Seoul's Joint Chiefs of Staff said Friday's launches flew a distance of 430 kilometres (270 miles) at an altitude of 36 kilometres.

It was Pyongyang's third weapons test this month, following what it called two successful tests of hypersonic missiles on January 5 and January 11.

In response, the United States imposed new sanctions on Pyongyang this week, with Secretary of State Antony Blinken saying North Korea was likely "trying to get attention" with the string of missile launches.

Dialogue between Washington and Pyongyang remains stalled, and impoverished North Korea is also under a rigid self-imposed coronavirus blockade that has hammered its economy.

In response to the newly imposed sanctions, Pyongyang accused Washington of "intentionally escalating" the situation, saying it had a "legitimate right" to self-defence, a foreign ministry spokesman told state media.