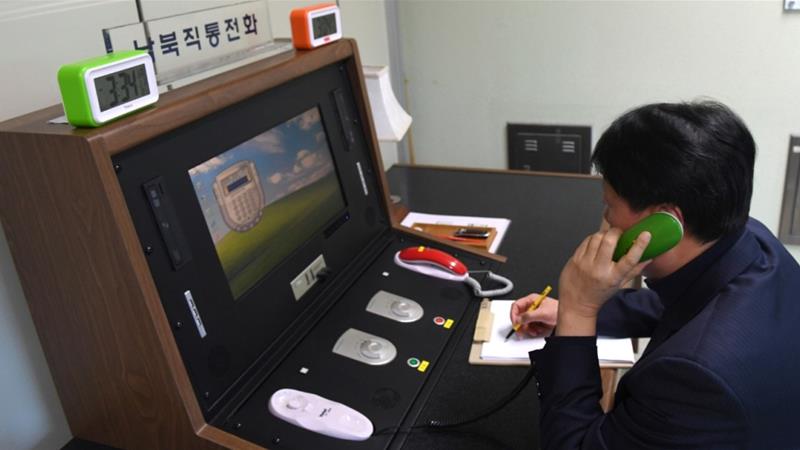 North Korea is severing all official communication links with the South, it announced Tuesday in a move analysts said was aimed at manufacturing a crisis on the divided peninsula, France 24 reports.

Since last week the North has issued a series of vitriolic denunciations of the South over activists sending anti-Pyongyang leaflets over the border -- something defectors do on a regular basis.

Authorities in the North have organised large-scale rallies of citizens across the country in support of their threats, which come with inter-Korean ties at a standstill for months despite three summits between the North's leader Kim Jong Un and the South's President Moon Jae-in in 2018.

The move will cut all official communication links between the two sides, but the immediate effect will be limited -- Pyongyang has refused to engage with Seoul for months, with few if any conversations on the lines aside from test calls.

The latest development comes just three days before the two-year anniversary of a landmark summit between Kim and US President Donald Trump in Singapore.

Negotiations over the North's nuclear programme have been deadlocked since the collapse of a second meeting in Hanoi last year over what the North would be willing to give up in exchange for sanctions relief.

The impasse has left Pyongyang increasingly frustrated over the lack of concessions and analysts say it has taken no substantive steps towards giving up its weapons.

It has increasingly turned its anger towards Seoul rather than Washington, carrying out a series of weapons tests and other provocations in recent months -- including last month shooting at a Southern guardpost in the Demilitarized Zone that divides the peninsula.

Pyongyang "will completely cut off and shut down the liaison line" between North and South from noon on Tuesday, the official Korean Central News Agency said, along with military hotlines and a communication link between the headquarters of the North's ruling Workers' Party and the South's presidential office.

The decision was taken by Kim Yo Jong, the leader's sister and key adviser, and ruling party vice chairman Kim Yong Chol, KCNA said, in an explicit demonstration of the sibling's increasing authority in government.

Last week she issued a statement threatening to scrap a military pact with the South and close a liaison office -- where activities have already been suspended for months due to the coronavirus outbreak.

Calls by the South to the North on the hotlines went unanswered on Tuesday morning, officials in Seoul said.