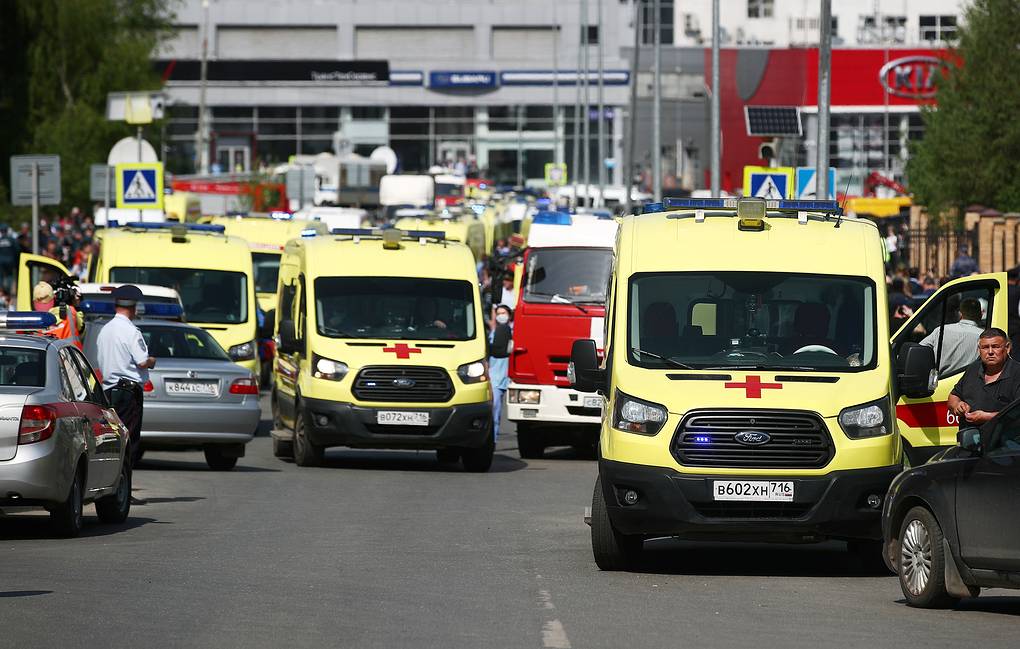 The death toll in a school shooting in Kazan, in Russia’s Tatarstan Region, has climbed to nine, a source in the emergency services told TASS.

"Nine people died, including eight children and a teacher," the source said.

At least 32 people were injured, they are being taken to hospitals, a source in the republic’s Ministry of Education informed TASS.

According to the source, the first signal from a panic button at the school came in at 09:25, and the shooting began at 09:20. At the time, there were 714 children and about 70 employees at the school, including 52 teachers.

The death toll has climbed to nine with another 10 having been injured, TASS was told. "Nine people died, including eight children and a teacher. Ten people were injured and four of them were rushed to the hospital," the source said.

A source in the regional Health Ministry informed TASS that 21 ambulances had been dispatched to the school, along with medics from the Republican Center of Disaster Medicine. Regional Health Minister Marat Sadykov is currently at the scene, the source said.