Next meeting of Azerbaijani President, European Council President and Armenian PM expected by end of November 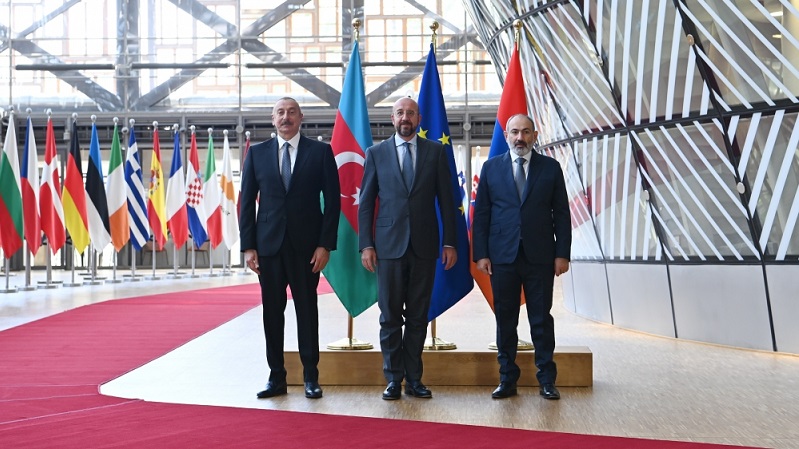 The next trilateral meeting of Azerbaijani President Ilham Aliyev, President of the European Council Charles Michel and Armenian Prime Minister Nikol Pashinyan is expected to be held by the end of November.

“We have agreed to meet again in this format by the end of November,” Charles Michel said in a statement following the trilateral meeting with the Azerbaijani and Armenian leaders in Brussels on Wednesday, News.Az reports.

Michel stressed that the EU is ready to further step up its support towards a long-term sustainable peace.

“The EU will also continue to push for the advancement of economic development for the benefit of both countries and their populations,” he added.