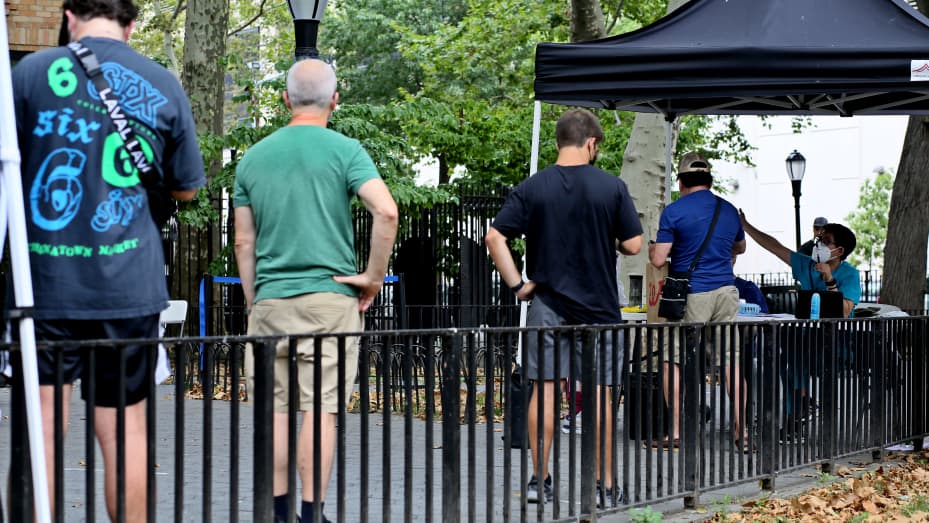 She said the emergency declaration would lead to swifter response and better vaccination distribution. It came a day after the New York State Commissioner of Health declared monkeypox an "imminent threat to public health."

“I am declaring a State Disaster Emergency to strengthen our ongoing efforts to confront the monkeypox outbreak,” Hochul tweeted Friday.

Hochul indicated the state is an emerging center for the virus, which manifests in symptoms of rashes and lesions across the body, extremities and genitals.

New York has recorded the most cases of the virus nationwide — 1,345 — followed by California with 799, according to Centers of Disease Control and Prevention data last updated Friday.

“More than one in four monkeypox cases in this country are in New York State, and we need to utilize every tool in our arsenal as we respond,” Hochul wrote.