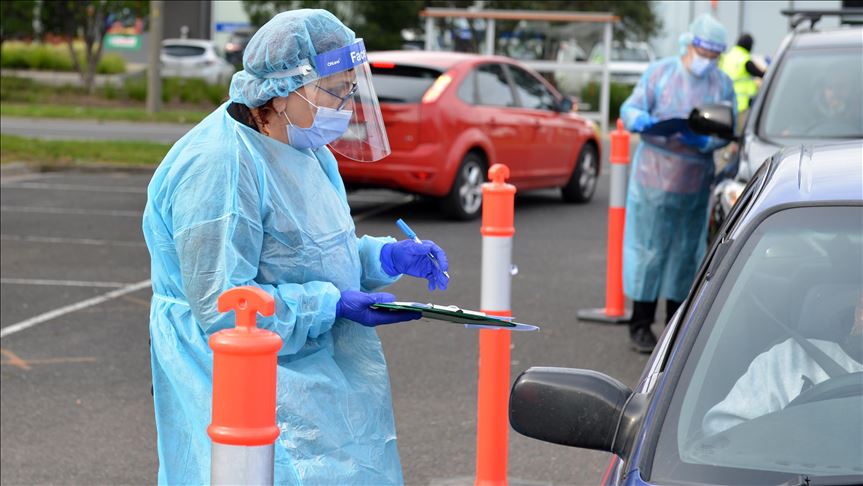 New coronavirus cases popped up in cities across Australia on Monday, prompting local authorities to impose restrictions in areas not used to living under strict Covid-19 rules, AFP reported.

Australia has been broadly successful in containing virus clusters, but is now battling flare-ups in at least four cities across the vast continent nation.

Brisbane, Darwin, Perth and Sydney have all reported new cases of the highly contagious Delta variant, which first emerged in India and has spread in Australia after escaping from hotels used to quarantine returning travellers.

The largest outbreak is in Sydney, where 130 people have tested positive for Covid-19 since a driver for an international flight crew was diagnosed in mid-June, with the city's residents now under stay-at-home orders for two weeks.

A 48-hour lockdown of Darwin and surrounding areas -- due to end Tuesday -- was extended to Friday after a cluster linked to an outback gold mine grew to seven cases.

Northern Territory Chief Minister Michael Gunner said that for the first time during the pandemic there were exposure sites in the city, which is home to a large indigenous population feared to be more vulnerable to Covid-19.

"The risk to the community has grown in the past 24 hours. We are now in an extremely critical period. We must stay in lockdown while we keep this virus trapped," he said, urging Aboriginal people living in remote areas not to travel to Darwin.

Authorities in the cities of Perth and Brisbane again tightened local restrictions Monday, with masks mandatory and limits on social gatherings imposed on more than two million people in Brisbane and surroundings.

Other regions without confirmed cases have ramped up their rules protectively, with masks now required indoors in the nation's capital Canberra and sweeping restrictions announced for South Australia.

"We feel, given the nature of the rapid spread of the Delta virus, we have no alternative but to take pre-emptive action in South Australia to keep our state and our economy strong," said state Premier Steven Marshall.

Australia has recorded a total of just over 30,000 cases and 910 deaths in a population of about 25 million since the pandemic began.

Officials have been quick to implement restrictions when clusters emerge -- almost always after the virus escapes the hotel quarantine system.

But the latest measures are among the most widespread since a nationwide lockdown in the early stages of the pandemic.

Prime Minister Scott Morrison has called a meeting of national leaders late Monday as his government faces a fresh round of criticism for a sluggish vaccine rollout and failing to improve the leaky hotel quarantine system.

Almost 7.4 million vaccine doses have been administered to date, but only a small fraction of people have received both jabs.

The government has refused to release data on how many Australians have been fully vaccinated, but the figure is reported to be around five percent.