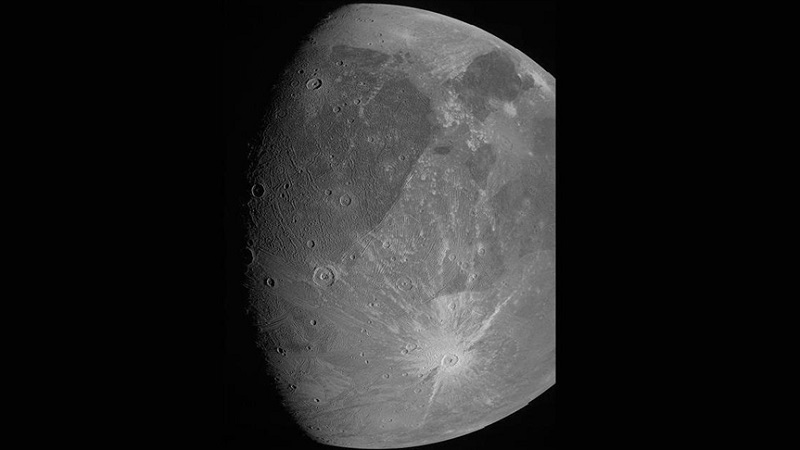 The release of new images of Jupiter's largest moon by NASA is allowing the world to get a close-up look at another world.

Images of Ganymede were taken from the space agency's unmanned spacecraft, Juno. And more are coming in the days ahead.

Juno's flyby of Ganymede is providing the closest images of the moon in two decades, and the images are clearer than ever.

Like Earth's moon, the photographs show Ganymede with dark patches on its lighter, overall dull color.

But it appears less pock-marked by craters than the Earth's moon, with long lines, or ridges, that crisscross the icy orb, almost looking like rows of farm fields from above.

NASA said the ridges are possibly linked to tectonic faults.

Ganymede is the largest moon in the solar system and, at a radius of 2,635 kilometers (1,637 miles) across, is a bit smaller than Earth. It holds particular interest for NASA since it is encrusted by water and ice.

Juno was able to use two cameras to take images of the sun-facing part of the moon and the dark side.

Heidi Becker, who helps lead the team that manages the solar-powered Juno, said, "It will be fun to see what the two teams can piece together," when the images are combined and eventually incorporated with technology that will deliver photos in color.

As for the very detailed images of Ganymede now being delivered, "We are going to take our time before we draw any scientific conclusions," said Scott Bolton, Juno's principal investigator. "But until then, we can simply marvel at this celestial wonder."