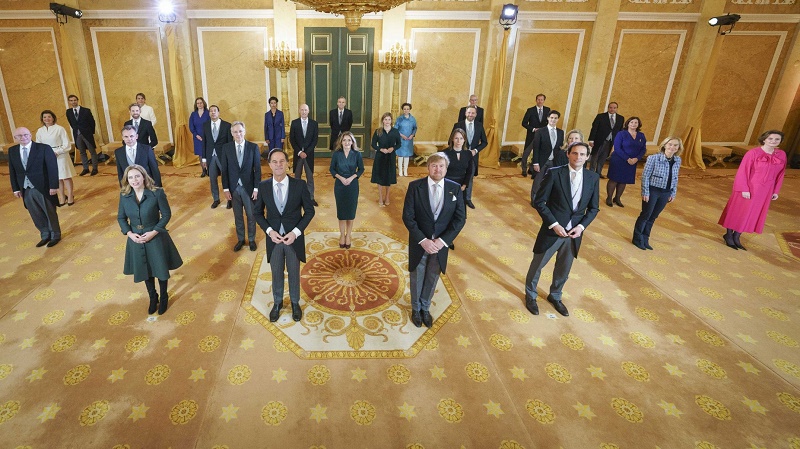 The four-party coalition government consists of the People's Party for Freedom and Democracy (VVD) of Rutte, the Christian Democratic Appeal (CDA), the Democrats 66 (D66) and the Christian Union (CU).

The inauguration took place at the Noordeinde Palace in the Hague.

New Finance Minister Sigrid Kaag was not present at the inauguration on Monday as the D66 leader had to stay at home due to a positive COVID-19 test.

The king swore Kaag in via video link, which happened for the first time in Dutch history.