New Christ statue in Brazil's Encantado to be taller than Rio's 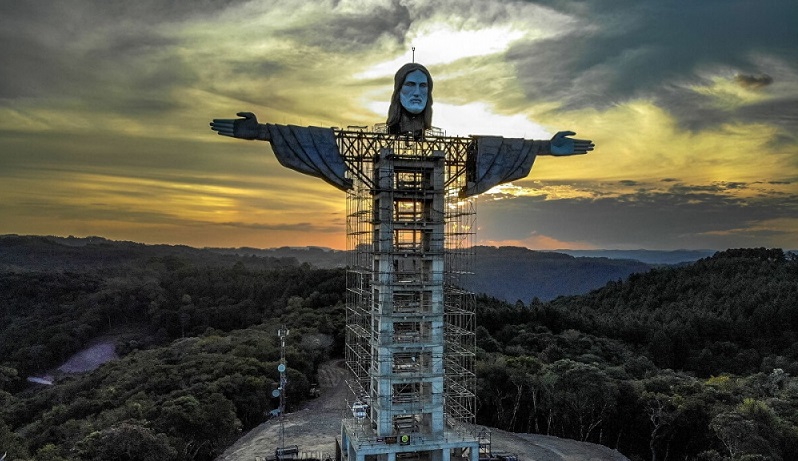 A new statue of Christ being built in Brazil will be taller than the famous Redeemer statue in Rio de Janeiro, according to BBC.

Christ the Protector in the southern city of Encantado will be 43m (140 ft) high with its pedestal, making it the world's third tallest Jesus statue.

A head and outstretched arms were added to the structure last week, which was begun in 2019.

The idea came from local politician Adroaldo Conzatti, who died in March with Covid-19.

The $350,000 (£255,000) project is expected to be completed later in the year, the Association of the Friends of Christ group which is organizing it says.

It is being funded by donations from individuals and companies, the association adds.

The statue is 36m from hand to hand. An internal lift will take tourists to a viewpoint in the chest region, 40m up.

Only the Jesus Buntu Burake statue in Sulawesi, Indonesia, at 52.55m including its pedestal, and Christ the King in Swiebodzin, Poland, which is 52.5m high including its mound, is taller.

They would tower over Rio's iconic Christ the Redeemer, at 38m.

There are, however, dozens of other statues worldwide that are taller, including several of the Virgin Mary and numerous Buddhas.