Nearly 416,000 people in DR Congo displaced due to volcanic eruption 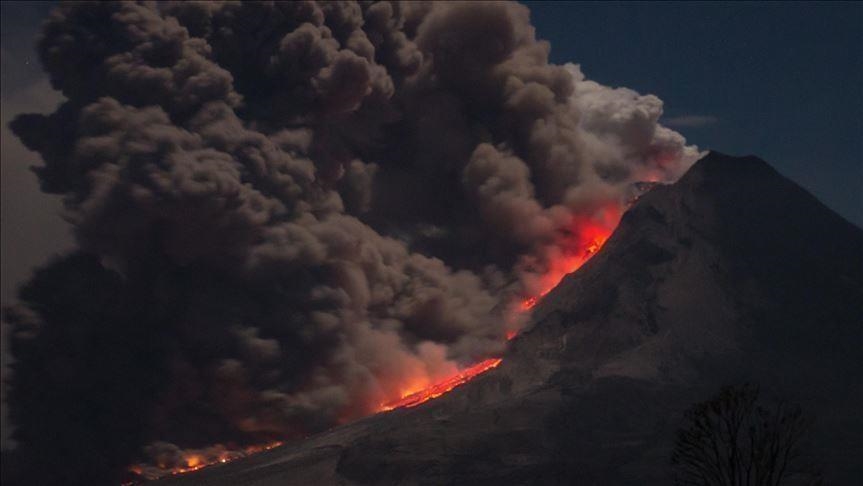 Nearly 416,000 people in the eastern part of the Democratic Republic of Congo (DRC) were displaced due to a volcanic eruption, the UN said Sunday, Anadolu Agency reports.

The UN Office for the Coordination of Humanitarian Affairs (OCHA) said in a report that the city of Goma continues to see a gradual return of residents who had left following an evacuation order on May 27.

Several churches in various neighborhoods held Sunday services, including those located in the red zone. Activities in Goma are slowly resuming, with a few shops open in some areas of the city, according to OCHA.

Lieut. Gen. Constant Ndima Kongba, the governor of North Kivu province, paid a visit to internally displaced persons (IDPs) in the city of Sake on Saturday. He asked them to remain patient regarding their return to Goma.

He also assured them that the authorities are working in close collaboration with foreign experts and the Goma Volcano Observatory (OVG) on a suitable solution that could lead to the sustainable return of the population to Goma.

Julien Paluku, minister of industry and former governor of North Kivu, has remained in Goma since May 24 to monitor the situation regarding the eruption and to liaise between the central and provincial governments as well as the OVG, according to OCHA.

The Mount Nyiragongo volcano erupted on May 22 and the lava flow moved east towards neighboring Rwanda, killing more than 30 people and causing enormous damage and loss of property along the way.

The OVG has also warned that the risk of a new eruption is real.

At least 250 people were killed when Mount Nyiragongo erupted in 2002, while over 120,000 residents were left homeless as lava flowed into Goma.