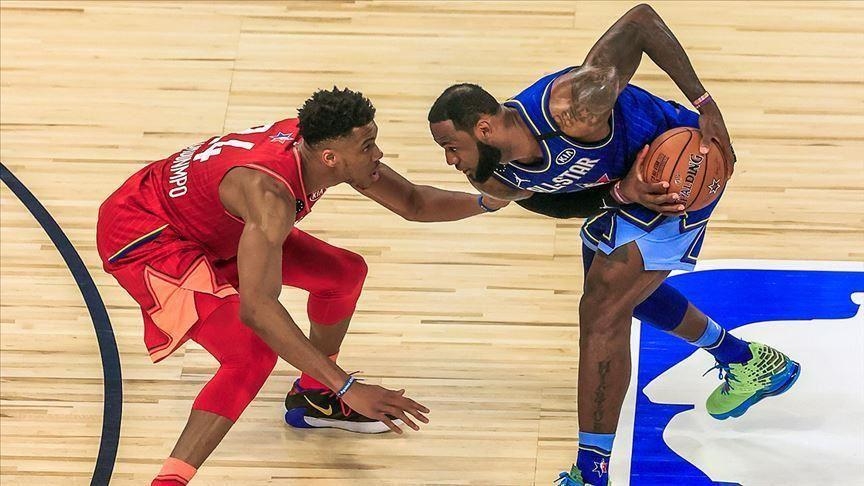 The NBA has announced the 2021 All-Star Game starters late Thursday, according to Anadolu Agency.

LeBron James of the Los Angeles Lakers and Kevin Durant of the Brooklyn Nets are the leading vote-getters for this year's All-Star Game, becoming their team captains.

This year's game will be Team James vs. Team Durant, where the two team captains will draft the players from the starters and reserves pool in each conference.

In a statement, the NBA said that it's the first time that five international players were selected to the All-Star starters, which is now a record, beating 2020's number of four.

The 70th NBA All-Star Game will be held on March 7 at State Farm Arena, Atlanta.