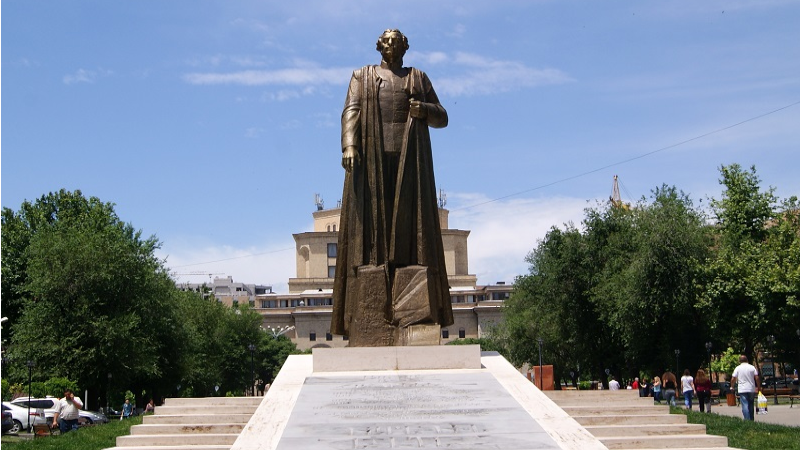 In 2016, Armenia’s capital triggered international headlines after erecting this giant monument to nationalist Garegin Nzhdeh (1886–1955) in the center of Yerevan, where Nzhdeh also has a street and a central square. 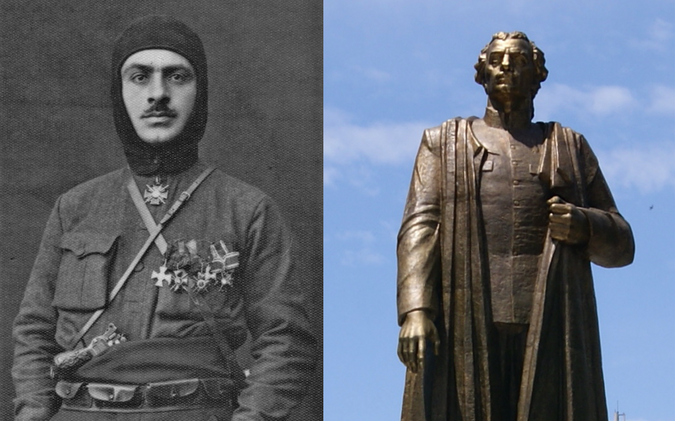 Nzhdeh placed the Armenian Legion at the disposal of the Nazis; these soldiers served the Third Reich in the Caucasus, Crimea, and France. Report in the Jerusalem Post.

Gyumri, Kapan and seventeen other locations — Gyumri, Armenia’s second largest city, honors Nzhdeh with a street and a prominent statue, above left. Kapan, above right, also has a Nzhdeh street and a memorial, erected 2003.

The Forward, an American news media organization for a Jewish-American audience