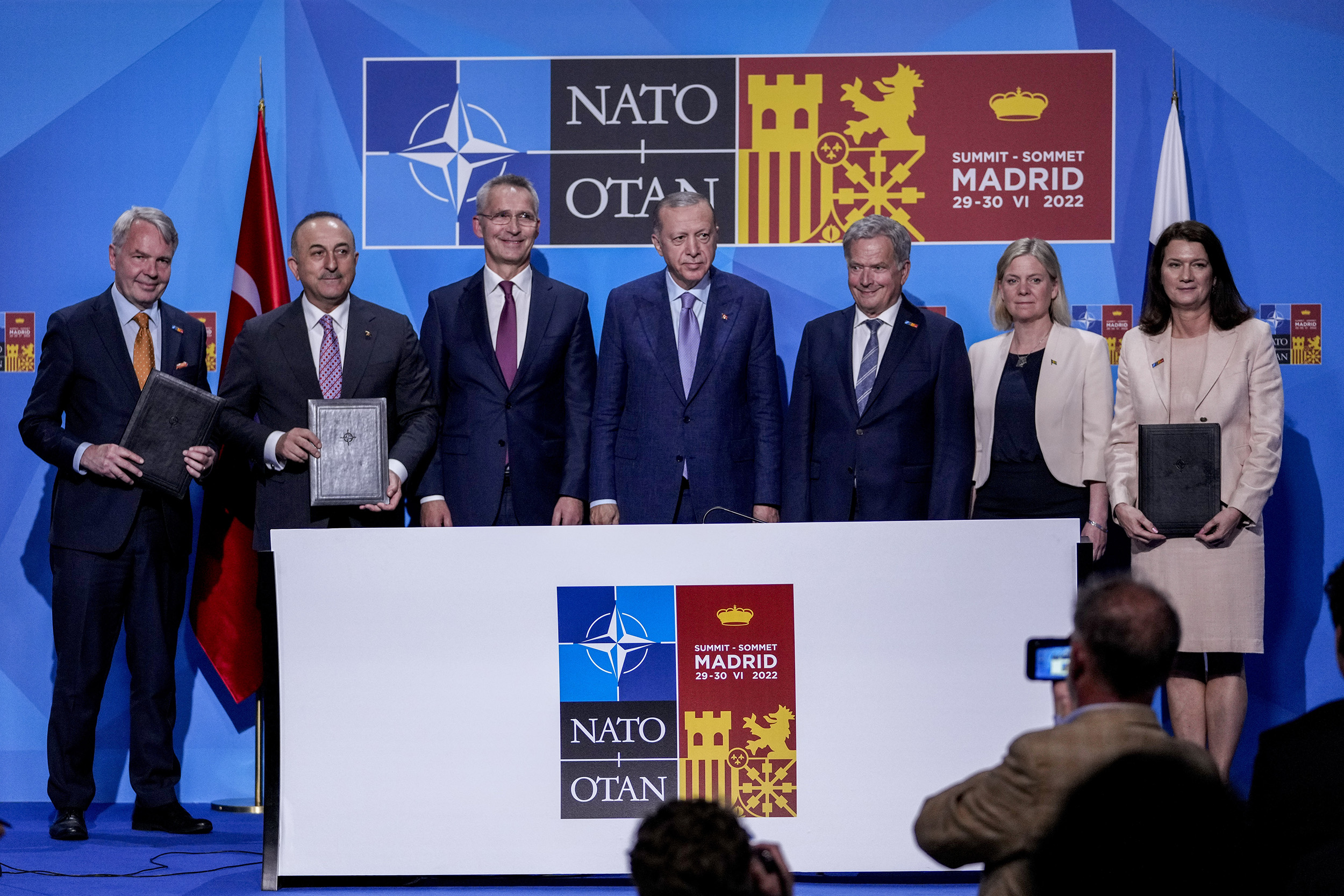 "Today, NATO leaders took a historic decision to invite Finland and Sweden to become members of NATO. The agreement concluded last night by Turkey, Finland and Sweden paved the way for this decision," Secretary General Stoltenberg said during a press conference held as part of the NATO summit in Madrid on Wednesday.

He pinned the success of this agreement on "hard work" carried out "at many different levels" over "many weeks."

He recounted how two rounds of talks were held by senior officials in Brussels under his auspices in the advance of Monday's consequential meeting between Finnish President Sauli Niinistö, Swedish Prime Minister Magdalena Andersson and Turkish President Recep Tayyip Erdoğan. Turkey agreed on Tuesday to drop its objections to the Nordic nations' membership bids, removing a major hurdle to them joining NATO.

"I would like to thank Turkey, Finland and Sweden, for accepting my invitation to engage in negotiations to find a united way forward," he said.