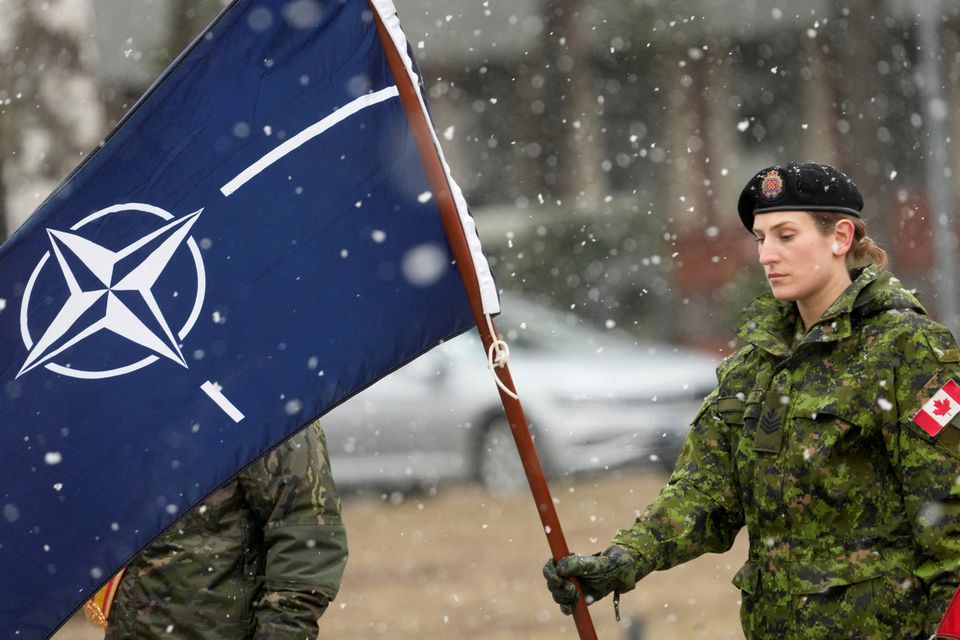 The United States and other NATO members said on Wednesday they would keep helping Ukraine fight off Russia's invasion, while also adapting the alliance's own security to the "new reality" triggered by the war, News.az reports.

Diplomats and military analysts estimate that NATO allies have sent more than 20,000 anti-tank and other weapons to Ukraine since the invasion started on Feb. 24.

"We remain united in our support of Ukraine," U.S. Defense Secretary Lloyd Austin said at an emergency meeting of NATO defence ministers in Brussels. "We support their ability to defend themselves and will continue to support them."

NATO countries will continue to deliver weapons to Ukraine even as those deliveries could become the target of Russian attacks, Dutch defence minister Kajsa Ollongren told reporters, adding: "Ukraine has the right to defend itself."