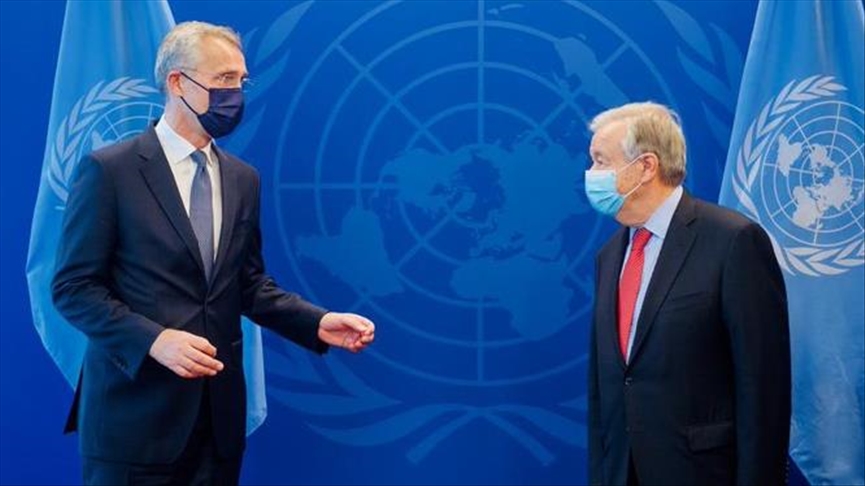 NATO's secretary general met with his UN counterpart Wednesday during the 76th session of the UN General Assembly in New York and discussed ways to enhance cooperation on global issues, Anadolu Agency reports.

According to a statement issued by NATO, Jens Stoltenberg and Antonio Guterres addressed the current situation in Afghanistan and Stoltenberg briefed Guterres on NATO's ongoing efforts to bring at-risk Afghans to safety.

He underlined the importance of holding the Taliban accountable for their obligations, including on safe passage, human rights and terrorism.

As the leaders addressed other pressing security challenges, including climate change as a crisis multiplier, Stoltenberg said countering climate change has become a core business for NATO and that the alliance is taking action with a clear political commitment among allies to significantly reduce military emissions.

Noting that cooperation between NATO and the United Nations has expanded over the past decade, the statement said the priority areas for joint work included NATO support to UN peace operations, countering terrorism, the protection of civilians, and the women, peace and security agenda.

It added that NATO has provided experts to join UN training efforts for peacekeeping personnel, and in 2020, Allied airlift supported the UN's World Food Programme with the delivery of a field hospital to Ghana as part of the response to COVID-19.