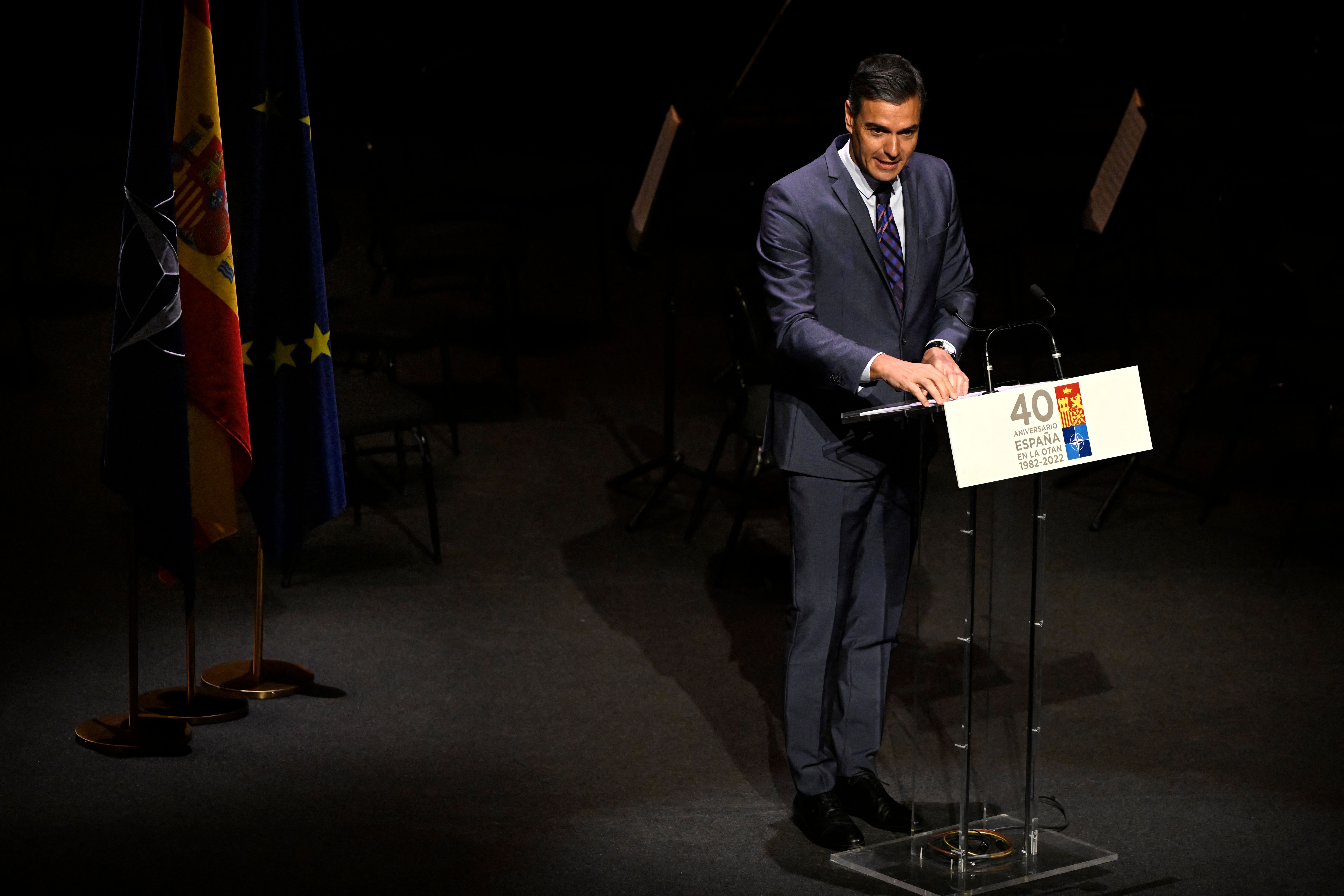 Spanish Prime Minister Pedro Sanchez said Monday that NATO’s support for Ukraine is "unbreakable" as it has battled an invasion by Russian troops for more than three months, News.az reports.

"The atrocities in the war in Ukraine, and the death of innocent victims leads to condemnations (of Vladimir Putin) without reserve," Sanchez said. "Putin will not achieve his aims because NATO allies’ support of Ukraine is unbreakable."

Stoltenberg praised Spain’s contributions to NATO and looked ahead to NATO’s summit in Madrid at the end of June.

Stoltenberg said: "We will deepen our cooperation with like-minded countries and organizations, including the European Union and countries in the Indo-Pacific. We will also be joined by Finland and Sweden that just made historic applications to join our alliance."

Finland and Sweden have recently set aside their historic policies of non-alignment, citing the war in Ukraine, and made moves toward NATO membership.

Sanchez said the "unity of NATO is best to avoid an escalation" of the Ukraine war.

"Putin is trying to block the legitimate aspirations of Ukraine to advance on democracy. He has done it for only one reason, the threat that democracy represents to his regime is what he is really afraid of," Sanchez said.

Sanchez and Stoltenberg met over the weekend at a government retreat south of Madrid to discuss plans for the NATO summit next month, the prime minister’s press office said.