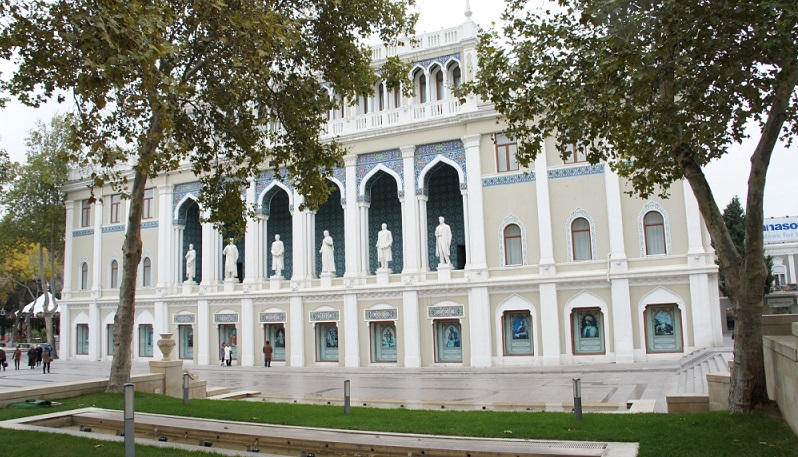 The team of National Museum of Azerbaijani Literature named after Nizami Ganjavi has made an appeal to the world museums about the ongoing Armenian aggression against Azerbaijan, rocket attacks on the city of Ganja, and new threats from the occupying state.

The appeal, written in different languages, has been addressed to about 100 famous museums around the world.

Notwithstanding we live in different countries and speak distinct languages, there is one siginificant thing uniting all of us.

Both we and you are carrying out an important humanistic mission being engaged in protecting and promoting literature, culture and spiritual wealth.

Culture is a common, boundless homeland uniting all mankind.

Our museum is named after the great Nizami Ganjavi, who lived in the 12th century, who has long been one of the most outstanding classics of world literature, his works have been translated into most western and eastern languages and have had a huge influence on world culture.

Although the great poet did not go beyond Ganja, the ancient Azerbaijani city of his birth, today Armenia is destroying the hometown of Nizami Ganjavi, which glorified universal human ideals, peace, friendship, equality and justice between human beings and peoples.

As a result of rocket fire on Ganja and its civilians perpetrated by the Armenian armed forces in October, not only did innocent people die, but their homes were also destroyed. Bombs and missiles fired there also destroy rare pearls of cultural hertitage. Nonetheless, new menaces as well as threats to open fire on Ganja are being heard from Armenia.

Our museum has several branches, one of which bears the name of Khurshidbanu Natavan, the daughter of the Karabakh khan, a prominent Azerbaijani poet of the 19th century, who enjoyed friendly relations with the great French writer Alexandre Dumas. This branch of our museum was located in Shusha, which is now under Armenian occupation. When the city, one of the cradles of our culture, was captured by the Armenians in 1992, the museum was destroyed and its exhibits confiscated, and its staff were forced to live the life of internally displaced persons for 28 years. This is only one of the Azerbaijani museums remaining under the Armenian occupation. In the occupied territories, the Armenians destroyed and seized another 22 of our museums, 6 art galleries, 762 monuments of world and national culture, 4,600,000 books and 927 libraries with manuscripts. Today, Armenia's shelling of Ganja, the symbolic cultural capital of Azerbaijan, located far from the Nagorno-Karabakh region, with devastating destruction and human casualties, also appear to be a direct blow to the millennial cultural heritage.

We call on all progressive people of the world, you, all museum workers and cultural figures of the world who serve such a noble cause as the preservation of culture, to raise their voices against the Armenian aggression.

Today, the city of the world's Nizami, his grave is targeted by Armenian missiles.

Today we are in need of your voice, your support and solidarity to prevent this atrocity against humans and mankind, culture and morality. Nizami Ganjavi wrote eight centuries ago:

Will forget neither bad nor good deeds of yours.

In these exciting days, we are addressing you, as the staff of the Museum named after Nizami Ganjavi which preserves its memory, with an invitation to manifest solidarity in protecting Nizami's hometown Ganja, and Nizami's homeland Azerbaijan from aggression and increasingly destructive intentions of Armenia. As Nizami noted, history and time will forget neither your kindness, nor your peace-loving efforts, nor the crimes against humanity of the occupying Armenia, which has turned terrorism into its state policy!"