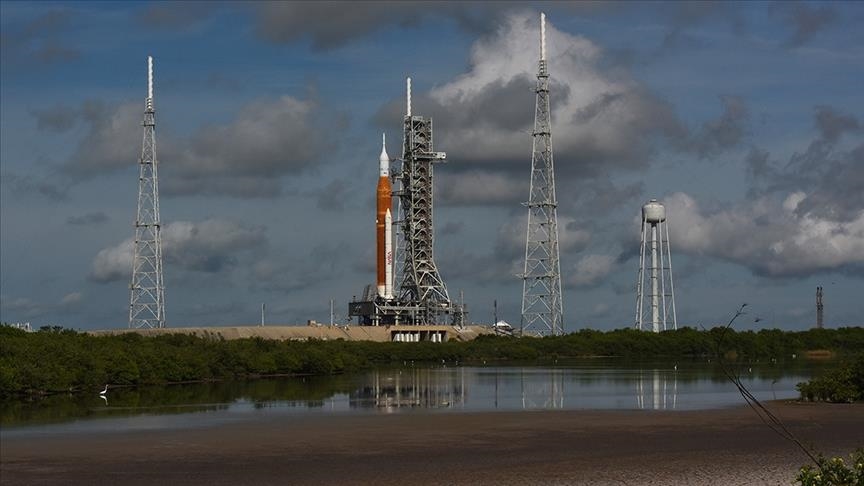 American space agency NASA on Friday said it is on track to launch the Artemis I moon mission on Nov. 16, which was delayed this time due to Tropical Storm Nicole, News.Az reports citing Anadolu Agency.

"There's nothing preventing us from getting to the 16th," said Jim Free, NASA's Associate Administrator for Exploration Systems Development at a news conference.

The storm slammed Florida on Thursday as a Category 1 hurricane and continues to generate bad weather in that US state. The launch has been pushed back from Monday to next Wednesday, Nov. 16.

NASA kept the Space Launch System (SLS) rocket and the Orion capsule on the launch pad at Kennedy Space Center during the storm, which generated 100 mph winds, much higher than the 85 mph the hardware is designed to cope with.

Engineers made that decision in the best interests of the space flight equipment and Free said there are only some "touch-ups" and minor repairs and replacements to take care of before the next scheduled launch.

"There's strength and fatigue that go into our design," Free continued. "We were within the limits for both stress and fatigue."

The Artemis I uncrewed space mission is the first of three test flights of NASA’s deep space exploration systems.

If the Nov. 16 launch is successful, the mission will last 25 days in space and the Orion capsule will splashdown on Dec. 11.

The Artemis II mission, scheduled for 2024, will take four astronauts on an identical journey around the Moon and back.

Artemis III is scheduled to take two astronauts to the lunar surface in 2025 or later.

Planned launches for Artemis I were scrubbed in late August and early September due to technical problems. Hurricane Ian prevented launch attempts in late September and early October.

When Artemis I does finally lift-off it will embark on a 1.3 million miles (2.1 million kilometers) journey around the Moon and back.

Orion will enter an elliptical orbit of the Moon that will see the spacecraft get to within 62 miles (99 kilometers) above its surface and about 40,000 (64,373 kilometers) miles beyond it.

The SLS is a largest rocket ever constructed, standing 322 feet (98 meters) tall with 8.8 million pounds (3.9 million kg) of thrust.

If the Nov. 16 mission is scratched, NASA also announced a backup launch opportunity on Nov. 19.

"We're never going to get to Artemis II if Artemis I is not successful," Free added.