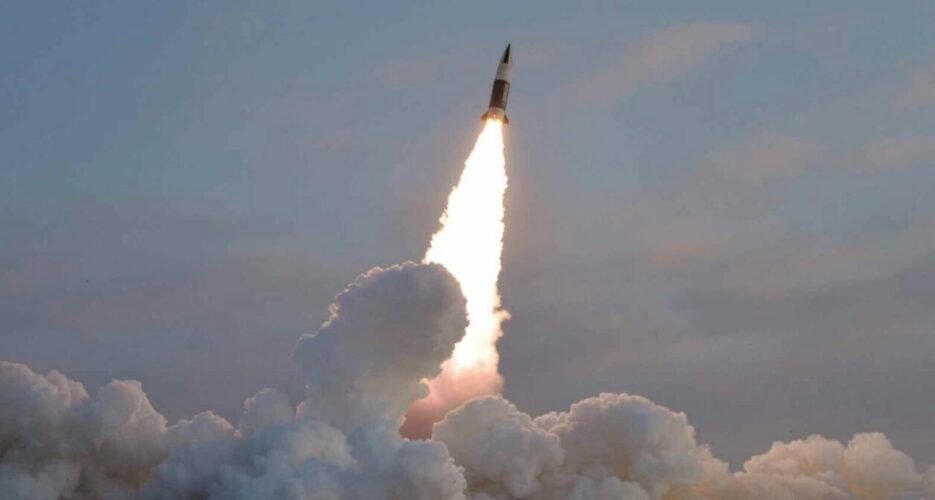 The Joint Chiefs of Staff (JCS) announced the launch -- the North's ninth show of force this year -- in a text message sent to reporters. It did not elaborate.

The latest launch came less than a week after the North claimed to have conducted a test for development of a "reconnaissance satellite" despite the South's characterization of it as a ballistic missile launch.

Speculation has persisted that the North would continue to engage in provocative acts as it made a veiled threat in January to lift its yearslong self-imposed moratorium on nuclear and intercontinental ballistic missiles (ICBMs).

Since the start of this year, the North has launched a barrage of missiles, including its self-proclaimed hypersonic missile, using various platforms, such as a road-mobile launcher and a railway-borne one.

The continued saber-rattling came as Pyongyang seeks to strengthen internal solidarity ahead of key political events amid a deadlock in nuclear talks with Washington and economic woes aggravated by the COVID-19 pandemic.