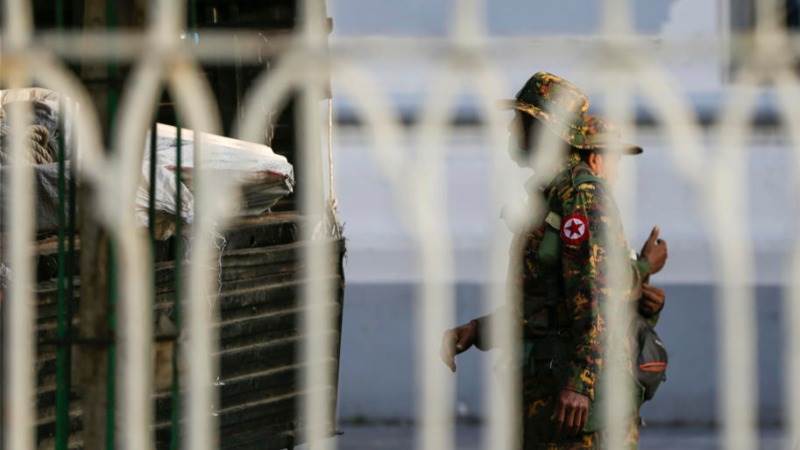 "I received internal reports about our state counsellor and president being taken by the military. As far as I was informed, Shan State's Planning and Finance Minister U Soe Nyunt Lwin, Kayah state's NLD chairman Thaung Htay and some NLD representatives of the Ayeyarwady region's parliament have been detained," the spokesperson said.

"Two members of Central Executive Committee of the party were taken and I am also waiting to be detained as I was informed by our members that my turn will come shortly," he said.

The Myanmar military TV declared on Monday a state of emergency in the country for one year after the government leaders were detained.

The state-run Radio and Television (MRTV) announced on its social media page that it was no longer working on Monday morning.

Telecommunications in capital city of Nay Pyi Taw and some other regions and states are also being cut off.