Myanmar junta blocks Facebook, clamping down on opposition to coup 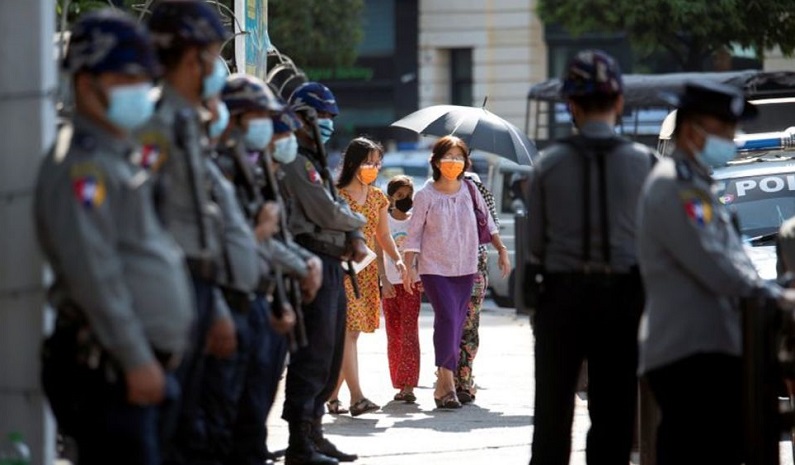 Myanmar’s junta blocked Facebook on Thursday, trying to shut off an important channel for opposition to this week’s military coup as sporadic protests flared.

He told a business group on Wednesday night he could keep power for six months after a one-year state of emergency ends in order to hold fair elections.

But in a show of defiance to the generals, about a dozen of the lawmakers elected in a Nov. 8 ballot convened a symbolic parliamentary session in the quarters where they have been staying since the takeover.

Small protests took place in the main city Yangon and elsewhere, with activists saying three protesters had been arrested - among around 150 people who have been detained since the coup, according to one rights group.

Doctors were also spearheading a campaign of civil disobedience.

But in a country with a bloody history of crackdowns on demonstrations, there was no mass outpouring of opposition to the coup on the streets.