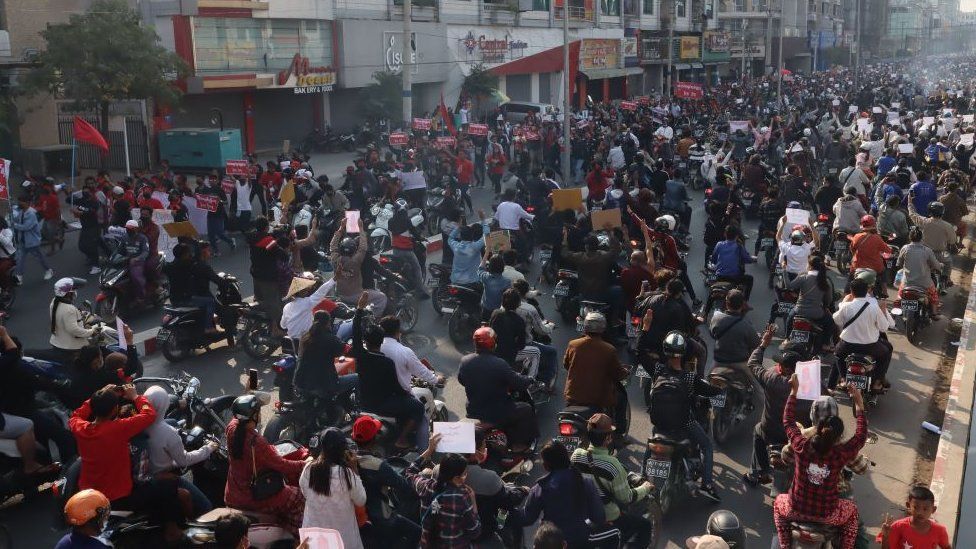 Workers across Myanmar have gone on a nationwide strike, as protests calling for the release of elected leader Aung San Suu Kyi and for democracy to be restored continue for a third day, BBC reports.

Thousands have gathered in Yangon and Mandalay, while water cannon was deployed in the capital Nay Pyi Taw.

It comes a day after Myanmar saw its largest protest in more than a decade.

The military seized power in a coup after claiming without evidence that an earlier election was fraudulent.

They also declared a year-long state of emergency in Myanmar, also known as Burma, and power has been handed over to commander-in-chief Min Aung Hlaing.

Ms Suu Kyi and senior leaders of her National League for Democracy Party (NLD), including President Win Myint, have been put under house arrest.