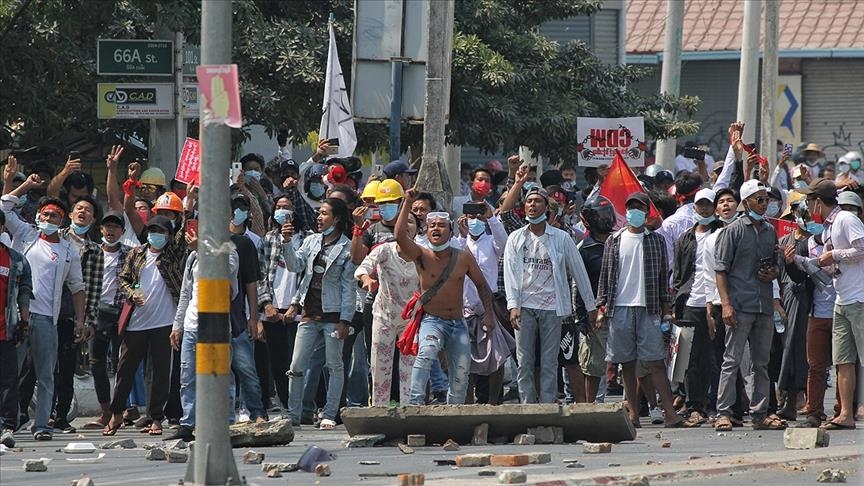 At least 20 civilians in Myanmar lost their lives during protests in the region of Bago against the recent military coup that saw numerous elected government officials detained, local media reported on Saturday, Anadolu Agency reports.

Soldiers in the Ma Ga Dit district opened fire on demonstrators, leading to the deaths of at least 20 people, according to eyewitnesses.

It was reported that the soldiers gathered the bodies of those killed at a Buddhist temple in the county.

"Local media confirmed 20 casualties so far, but the civilians we contacted in the region claim that at least 60 people died. We heard that the clashes continued until midnight and that the bodies of the killed civilians were hidden in military vehicles," activist Keren Khin told Anadolu Agency.

In their desperation, the junta want to suppress the protestors by stepping up the violence as much as possible, Khin added.

Underlining that the army used heavy ammunition against the civilians, Khin said thousands of locals had abandoned their homes, with many more on the verge of doing the same.

In response to the coup, civilian groups across the country launched a civil disobedience campaign with mass demonstrations and sit-ins.