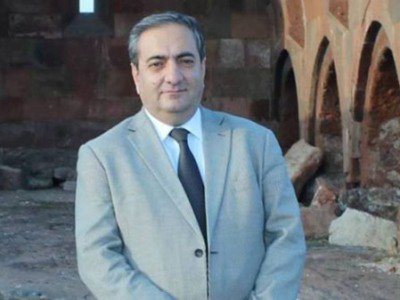 The statement released by the police, in particular, says that Simonyan's wife hit her husband on the head with an axe several times on July 22, as a result of which he died. Later she wrapped him in a sheet and together with her son took out the body to a deserted place at night.

Earlier it was reported that the investigators suspected Simonyan’s wife and son, they were detained. According to preliminary data, the cause of the murder was irreconcilable relations in the family.

The murder was committed at home. The police also found an instrument of the crime: an axe.

Armenian police officers, as well as  representatives of the Ministry of Emergency Situations found a body of a man in Dalarik village on July 25. The body was found tied with a wire, lying face down. There was a huge stone on his head.