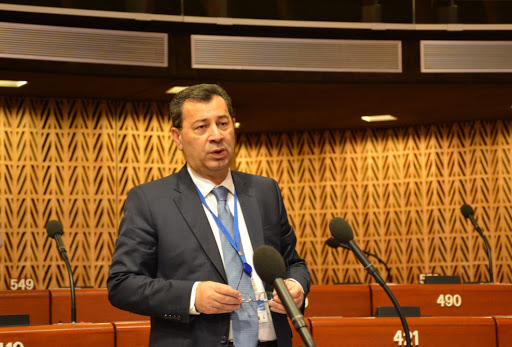 “To a certain extent, it [amendment] reflects the latest trends that we see in the perception of this conflict [Armenia-Azerbaijan conflict] at the level of the strongest world powers, primarily the United States, the lawmaker said.

He noted that the amendment underlines the need to provide information by the two most powerful main bodies of the U.S. – the Department of State and the Department of Defense – about refugees, who are suffering from the occupation of Azerbaijani territories.

The MP stressed that the amendment is extremely important in terms of international law, and in particular, in terms of recognizing the fact of the occupation of Azerbaijani lands.

The parliamentarian noted that it is important in itself that the position of Azerbaijan, which is strong precisely because of the reliance on international law, finds understanding in the US Congress.

“It is also important that Azerbaijan’s position based on international law finds understanding in the U.S. Congress,” Seyidov said. “The second main and extremely important factor is that the propaganda machine of Armenia stops working, in particular, at the level of the U.S. Congress, where the strongest Armenian lobby is present.”

“After Armenia’s military provocations on the border with Azerbaijan, it become more and more obvious to everyone, especially the U.S. congressmen, that the attempt by Armenia and other interested parties to prevent Azerbaijan from European and Western integration create threats to energy projects, which are related to Europe and the United States. First of all, all this is not in the interests of the United States. Therefore, this amendment was adopted,” he added.

The MP said that this support of Azerbaijan is support for all those values of the Western world, for which the U.S. stands for.

Seyidov also stressed that Armenia’s recent provocation on the border with Azerbaijan served as another argument to convince those voting for the above amendment. “What Armenia did, served as a catalyst, an additional argument, left no doubt and once again showed the hypocrisy of those who support the Armenian lobby.”