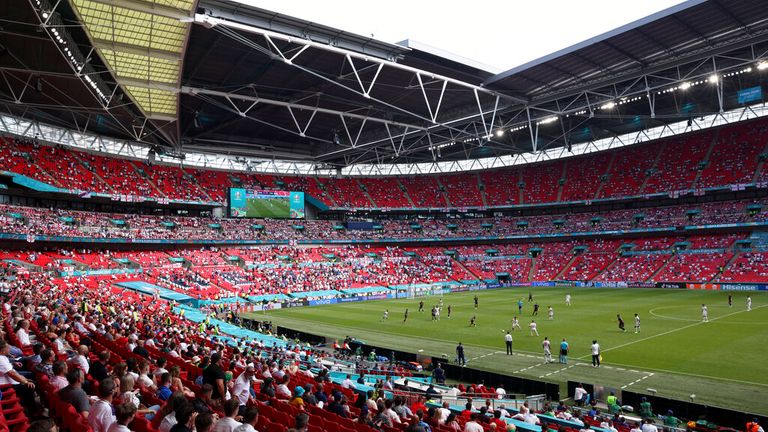 The British government on Tuesday announced it would allow more than 60,000 fans to attend the Euro 2020 semifinals and final at Wembley, with attendance increased to 75% of capacity, AFP reported.

The matches will see the largest crowds assembled at a sporting event in Britain for more than 15 months, with numbers previously strictly limited due to the coronavirus pandemic.

All ticket holders at Wembley will need to follow a number of strict entry requirements, including having a negative COVID-19 test or proof of full vaccination.

There has been no announcement on the outcome of talks between the government, the Football Association (FA) and European football's governing body UEFA over a solution to allow up to 2,500 VIPs to attend the final on July 11 but a deal now appears more likely.

"We have worked extremely closely with UEFA and the FA to ensure rigorous and tight public health measures are in place whilst allowing more fans to see the action live," said culture and sport secretary Oliver Dowden.

"The finals promise to be an unforgettable moment in our national recovery from the pandemic."

UEFA had stressed there were no plans to take the semifinals or final away from Wembley, despite the stumbling block of quarantine-free travel, and president Aleksander Ceferin welcomed the announcement of the increased capacity.