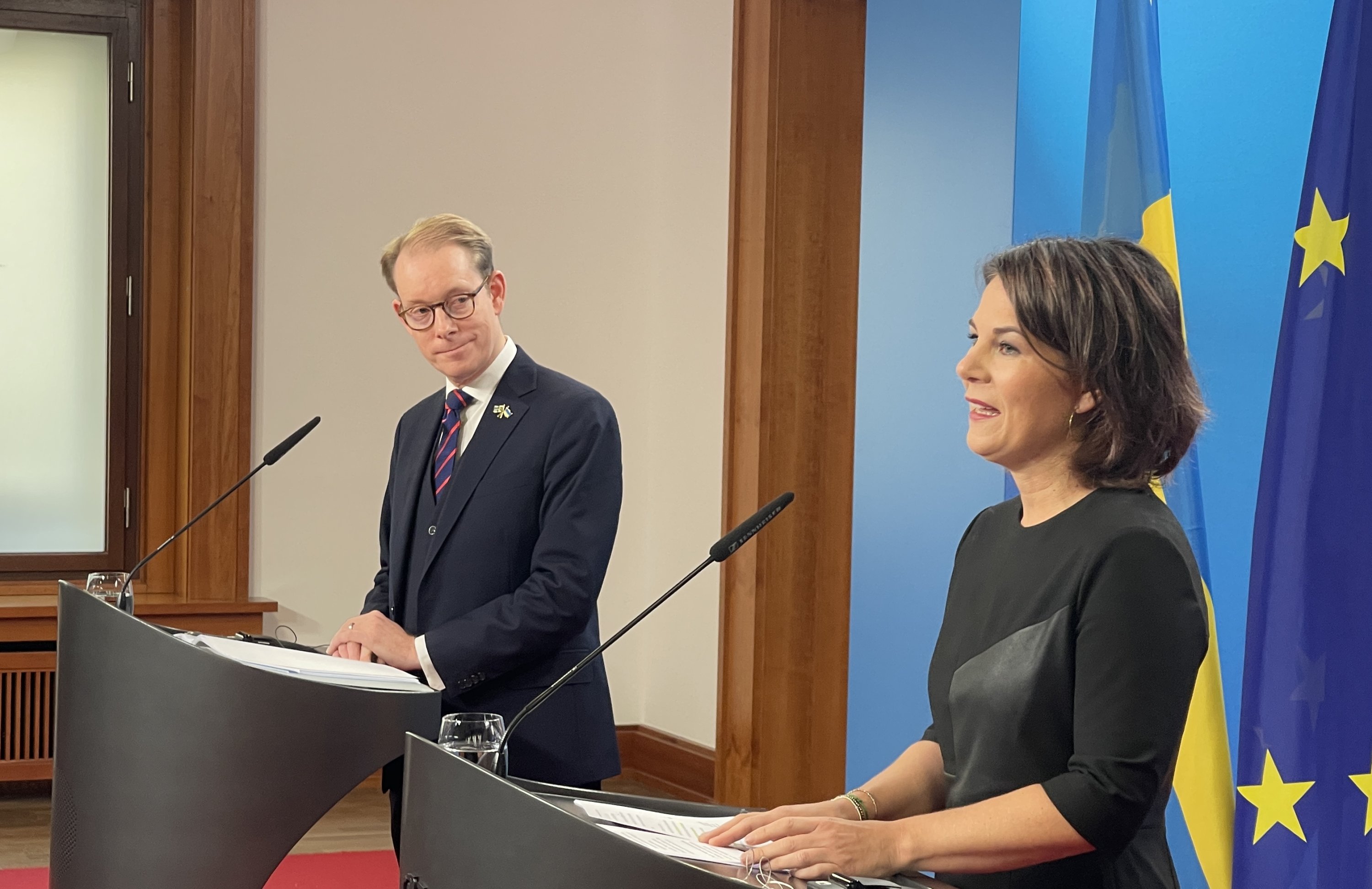 "Personally, I think that the prime minister of Sweden's visits to Ankara showed that there is still plenty of room for dialogue, a dialogue which is now underway and ongoing," Swedish Foreign Minister Tobias Billstrom said during a joint news conference with his German counterpart Annalena Baerbock in Berlin.

"And that has to be done on all levels, the highest level with the Prime Minister meeting with President (Recep Tayyip) Erdoğan, and the second level that would be me, I will shortly go to Ankara this autumn to continue discussions with my counterparts there," he added.

Billstrom also pointed to ongoing talks among Sweden, Finland and Türkiye on the Tripartite Memorandum of Understanding, to address Ankara's expectations from the two countries.

"When all conditions laid down in the memorandum have been fulfilled, the Turkish Parliament will be ready to ratify," he said.

Billstrom made clear that Sweden is "working diligently toward a quick and seamless entry into NATO, where legal, political, organizational and other conditions are necessary for our membership."

"I think the discussions are continuing in a very positive way. Sweden is preparing its own ratification, which concludes the Accession Protocol, and confirms Sweden as a NATO ally, and when all 30 NATO allies ratify, Sweden will be ready," he said.