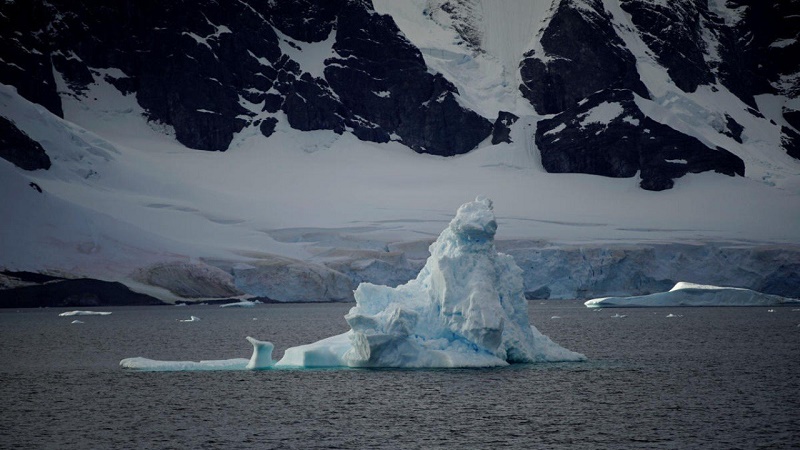 A monstrous iceberg, twice the size of Luxembourg, that detached from Antarctica's Larsen ice shelf which has warmed faster than any other part of Earth's southernmost continent in 2017, has released the equivalent of 61 million Olympic-sized swimming pools of fresh water as it melted, according to research published Thursday, raising questions over the impact on the marine ecosystem, AFP reports.

At 5,719 square kilometers (2,200 square miles) it was the biggest iceberg on Earth when it formed and the sixth-largest on record, according to the British Antarctic Survey.

For two years, the trillion-ton giant known as A-68, drifted close to home in the cold waters of the Weddell Sea before traveling northward and menacing the British island of South Georgia, some 4,000 kilometers (2,500 miles) from its starting point.

The iceberg, by then known as A-68a after a piece snapped off, came dangerously close to the island in late 2020, raising fears that it would become stuck on the seabed, block ocean currents and obstruct the passage of thousands of penguins and seals.

But the new study found that while it did briefly graze the seabed, the iceberg melted quickly once in the warmer region around South Georgia and had already lost a significant amount of its bulk by the time it reached shallower waters.

Researchers who tracked its journey via satellites calculated that from late 2020 until it melted away in 2021, A-68 released an estimated total of 152 billion tons of nutrient-rich fresh water into the sea.

That is equivalent to 20 times the water in Scotland's Loch Ness, or 61 million Olympic-sized swimming pools, said the BAS in a press release, adding it was "a disturbance that could have a profound impact on the island's marine habitat."

"This is a huge amount of melt water," said Anne Braakmann-Folgmann, a researcher at the Centre for Polar Observation and Modelling (CPOM), who led the research published in the journal Remote Sensing of Environment.

"The next thing we want to learn is whether it had a positive or negative impact on the ecosystem" around South Georgia, she said.