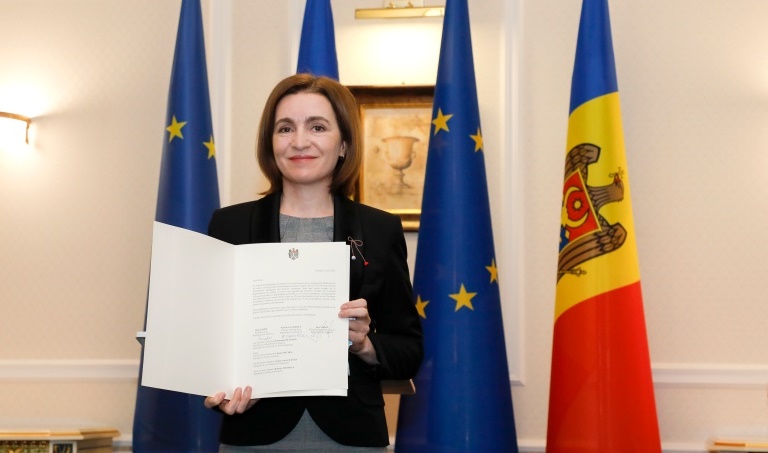 Nicu Popescu, who is also the country’s deputy prime minister, said on Twitter: "The Republic of Moldova has publicly announced application for membership of the European Union."

“It is a day future generations will proudly relate to, it is the moment our country has irreversibly anchored itself in the #European space,” Popescu added.

He also shared a photo of the EU membership application.

"We reaffirm our strong belief that the future of the Republic of Moldova is within the family of the EU Member States," the application read.

This came a day after Georgia announced the similar move.

Both Moldova and Georgia made such a move amid Ukraine's bid to fast-track its own membership application.